Self-own of the week

In the latest in an occasional series, self-own of the week goes to … 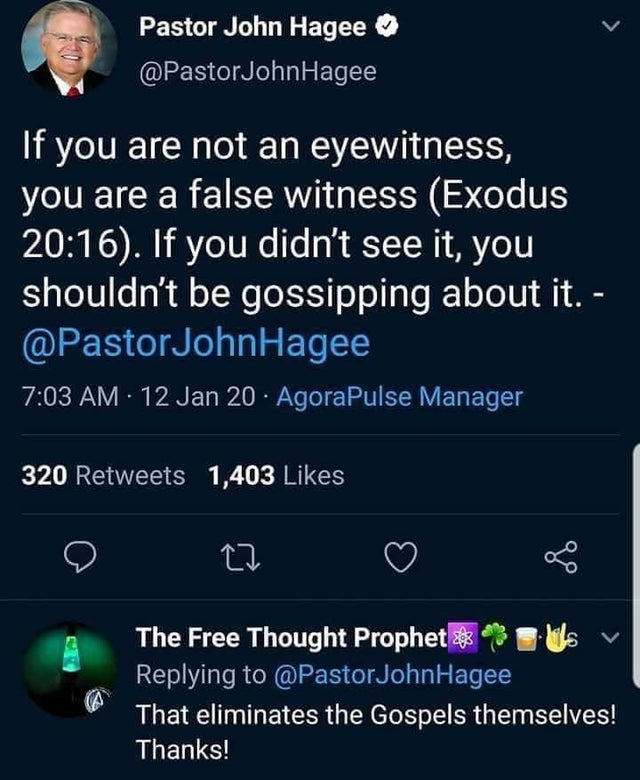 It went viral after it was shared on Reddit by beerbellybegone (and Amateurlapse).

‘I googled this btw and exodus 20:16 is: “You shall not bear false witness against your neighbor.”‘ Hugz

We’re glad to have cleared that up.