Finally, the good news story we’ve all been waiting for

Well, would you believe it! Finally, the good news story we’ve been waiting for, shared by tony4jc over on Reddit. 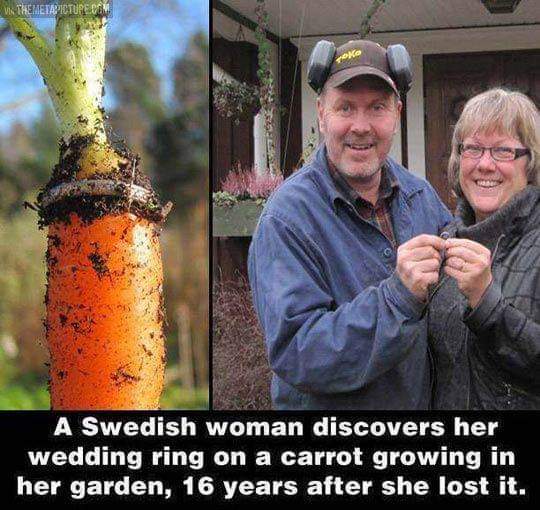 ‘It was a flawless 1 carrot diamond.’ monkeyputz

‘I’m disappointed in myself for laughing at this.’ BadMacaroniArt

This happened to my dad! He was gardening and took his ring off so he didn’t lose it, lost it, and 4 years later was doing some pruning of one of the bushes and the ring was on one of the branches! It had grown up through the ring and presented itself to him one day, we couldn’t believe it!’ pastelsunsets

‘I’m no scientist or anything but I’m pretty sure that means he’s married to the carrot.’ MuffinDoughnut