You’ve probably seen the moment in Donald Trump’s ‘town hall’ event where a woman told him how handsome he is when he smiles.

Just in case you missed it, here it is again.

Voter to President Trump at #TrumpTownHall: “You’re so handsome when you smile." pic.twitter.com/KgJThAtAQg

And there was no shortage of funny things people said about it. But actress, singer, writer and comedian Bette Midler’s burn might be best.

Tonight a woman in the audience of Trump's town hall began her question by telling him he has a great smile & he's so handsome when he smiles. And when #JoeBiden is President, hopefully that woman will be able to access better vision care, bless her heart.

And it got even better when someone spotted who liked her tweet. 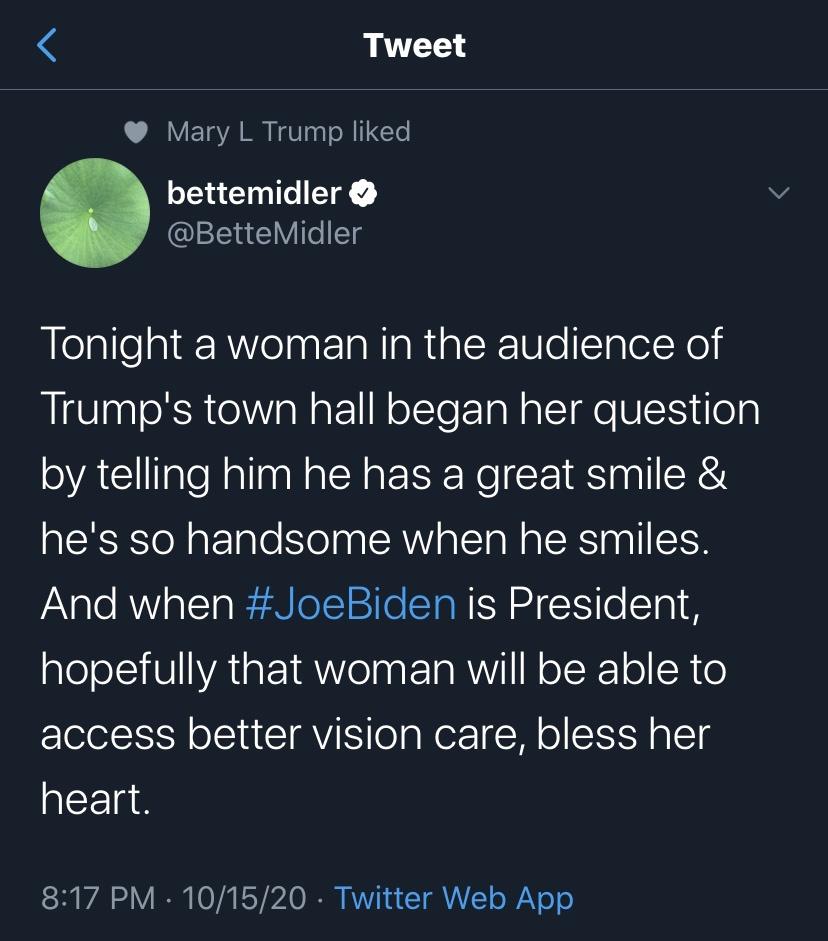 next story
Breaking News: Takedown of the week