In last night’s televised Town Hall event, it was suggested to Donald Trump that he should stop retweeting stuff like a ‘crazy uncle’.

Trump brushed it off, of course, but today we had the perfect example of why the so-called president should look a bit harder – or look at all, in fact – before he tweets.

He shared a satirical news site’s story about Joe Biden and Twitter under the false impression that it was the genuine article. And it’s just perfect. 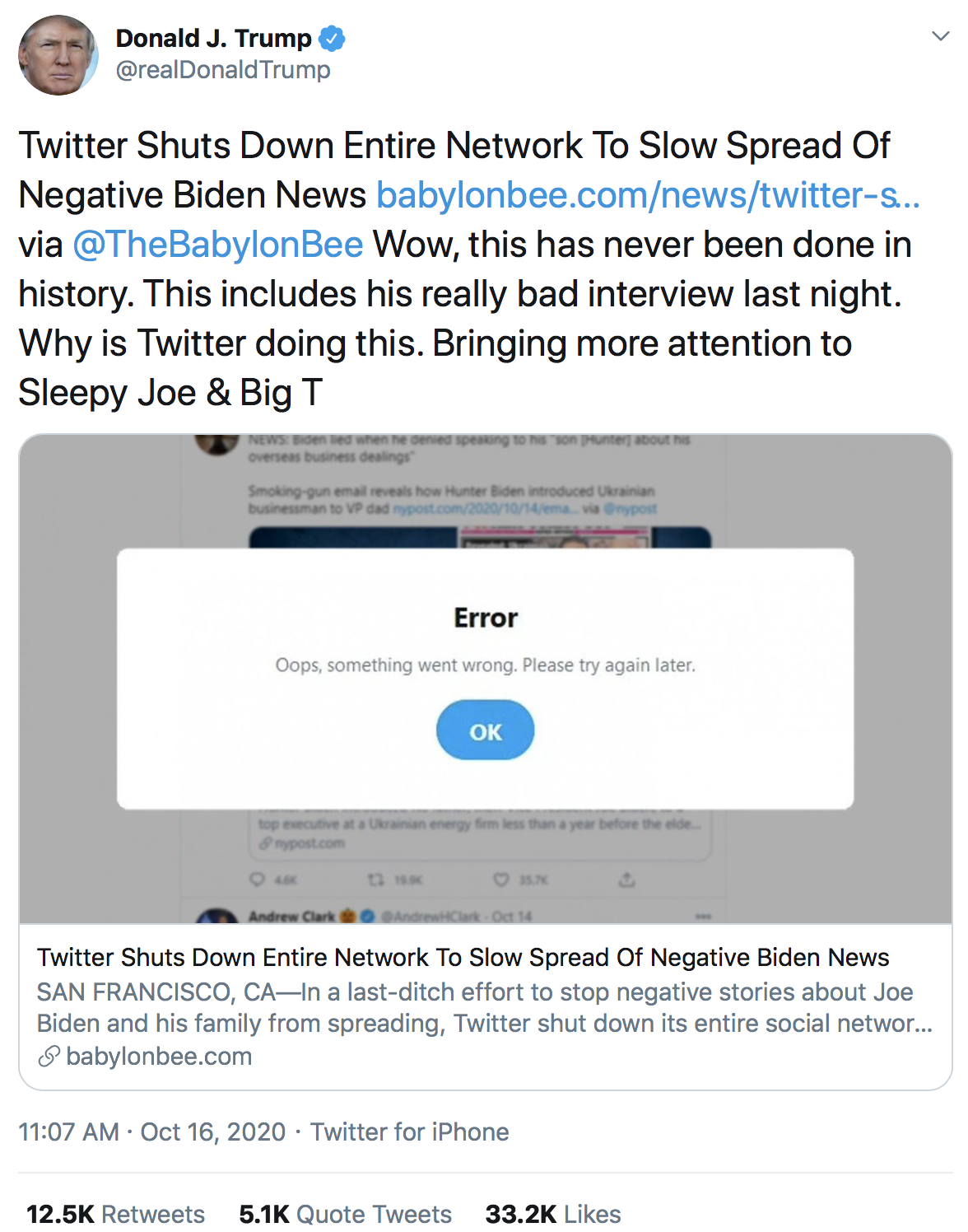 Here’s the Babylon Bee ‘news’ story shared by Trump and the more you read it, the better it gets. 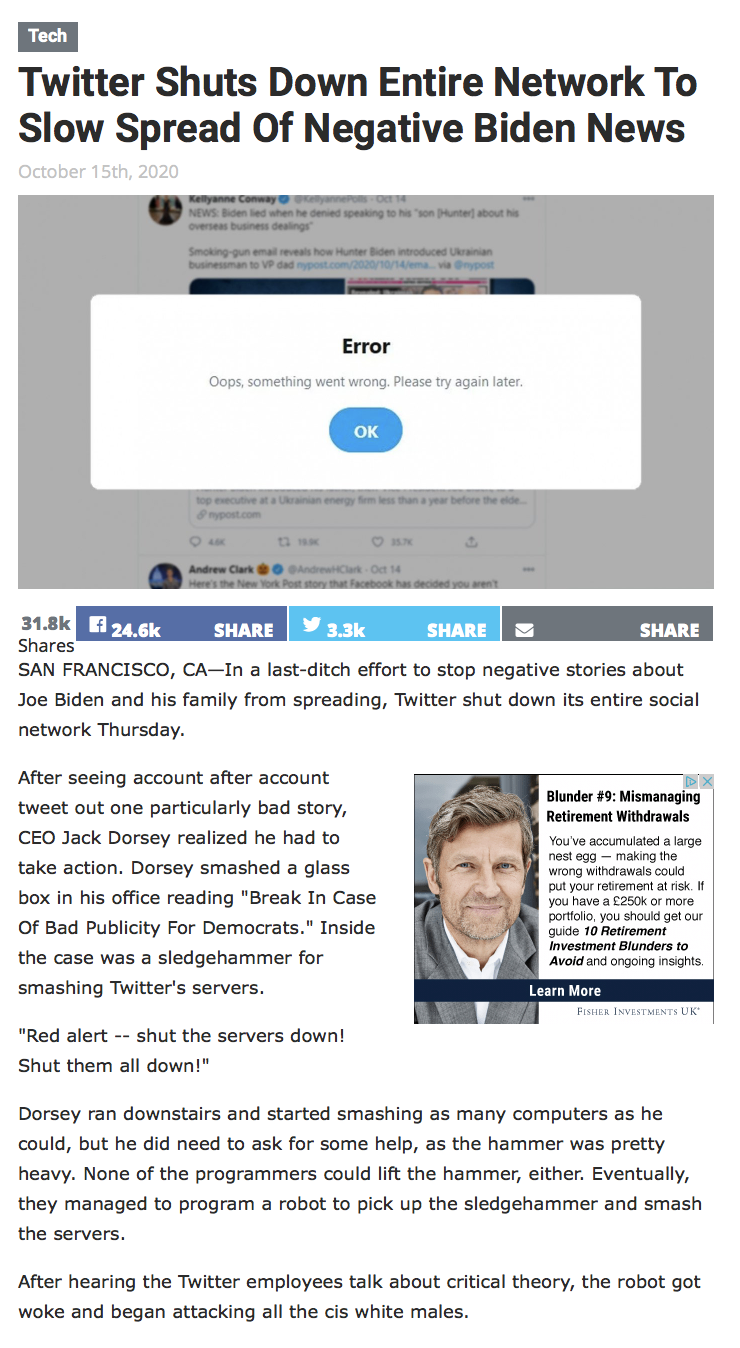 ‘Crazy uncle’ indeed. And here are our favourite things people said about it.

THE BABYLON BEE IS A HUMOR SITE YOU CREDULOUS FOOL

The president just retweeted a parody story thinking it’s real. Literally every day is like a mini-episode of Idiocracy. But the thing is, he has the nuclear codes. https://t.co/zWe0kSblKz

Jesus Christ but you are thick as shit.

later today the President will be blasting the Onion for biased coverage.

Some people made the not inconsiderable leap to suggest Trump was in on the joke. To which there is surely only one response.

All the people on this thread saying Trump is in on the joke:

You're even dumber than he is.