Whoever did today’s Daily Star front page, take the rest of the week off

The Daily Star’s had a run of memorable front pages of late and today they’ve knocked it out of the park again.

You’ve probably seen how Boris Johnson’s special friend Dominic Cummings has had his council tax bill written off. This is what the Star had to say about it today. 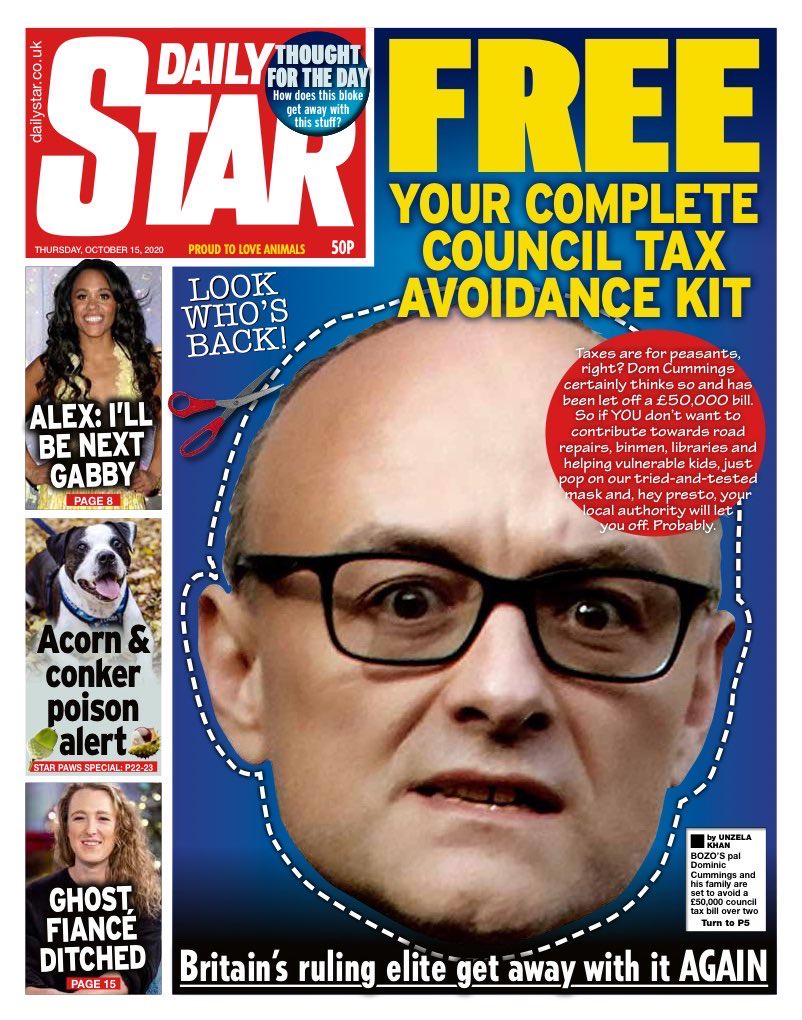 “Taxes are for peasants, right? Dom Cummings certainly thinks so and has been let off a £50,000 bill. So if YOU don’t want to contribute towards road repairs, binmen, libraries and helping vulnerable kids, just pop on our tried and tested mask and, hey presto, your local authority will let you off. Probably.”

Not the first time they’ve featured the Dominic Cummings cut out and keep mask, of course. 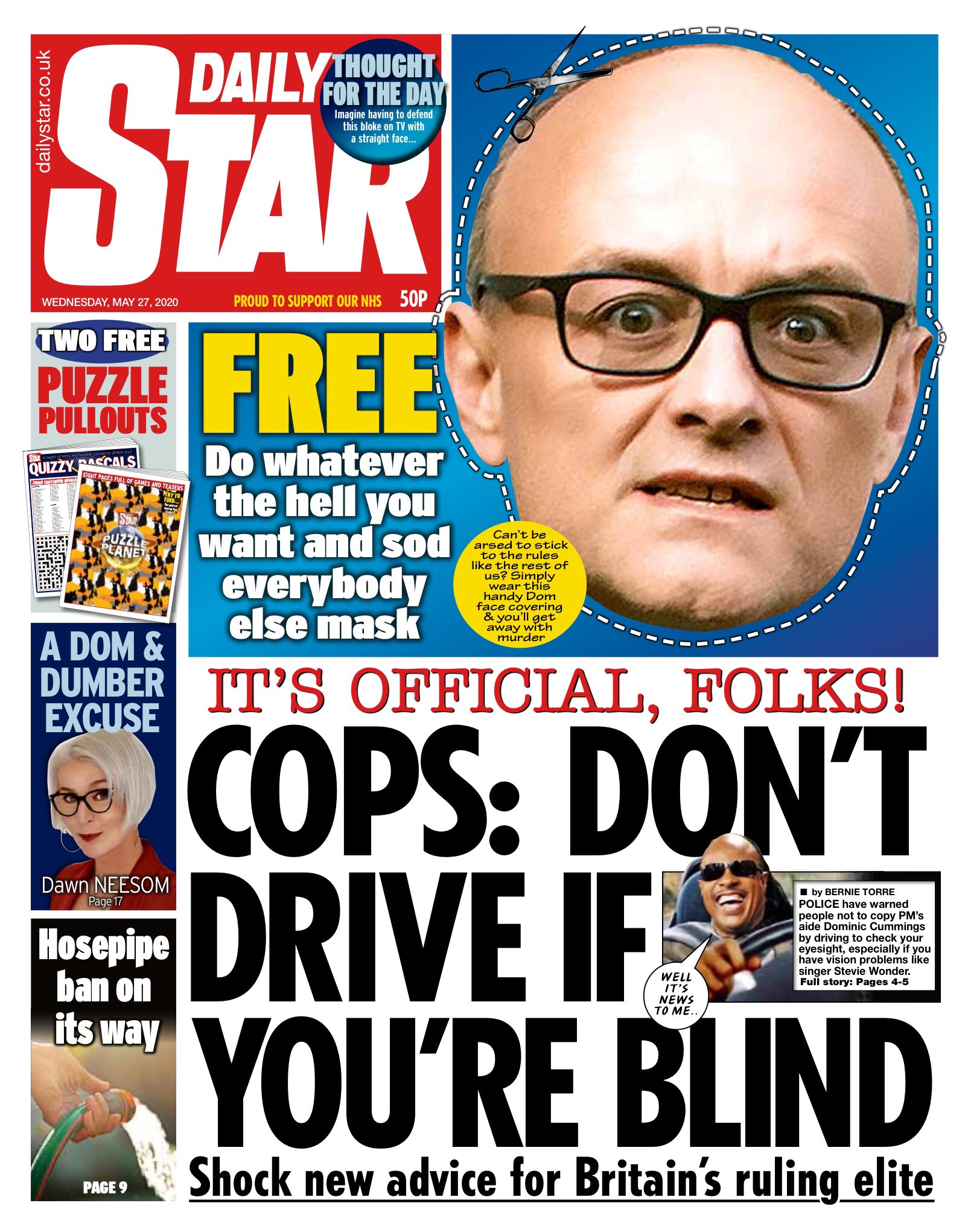 Here are just a few of the things people have been saying about it after it went viral on Twitter today.

can’t decide if the Star has lost its mind or is having a genius purple patch pic.twitter.com/EOu7NuBAZO

The Star isn’t a paper I follow, but hats off to them for today’s front page.#ToryBritain #ToryCorruption pic.twitter.com/vtzGNMjGl4

And here’s a rather fabulous round-up of some of those recent front pages, set to music by @TobyonTV.

This year of Daily Star headlines deserves a soundtrack pic.twitter.com/zdYR9E9ePU

next story
Breaking News: Alexandria Ocasio-Cortez had the best takedown of a Fox News host who trolled her photoshoot