To America, where this Republican senator was only too keen to show her support for vice president Mike Pence after his TV debate with Kamala Harris. 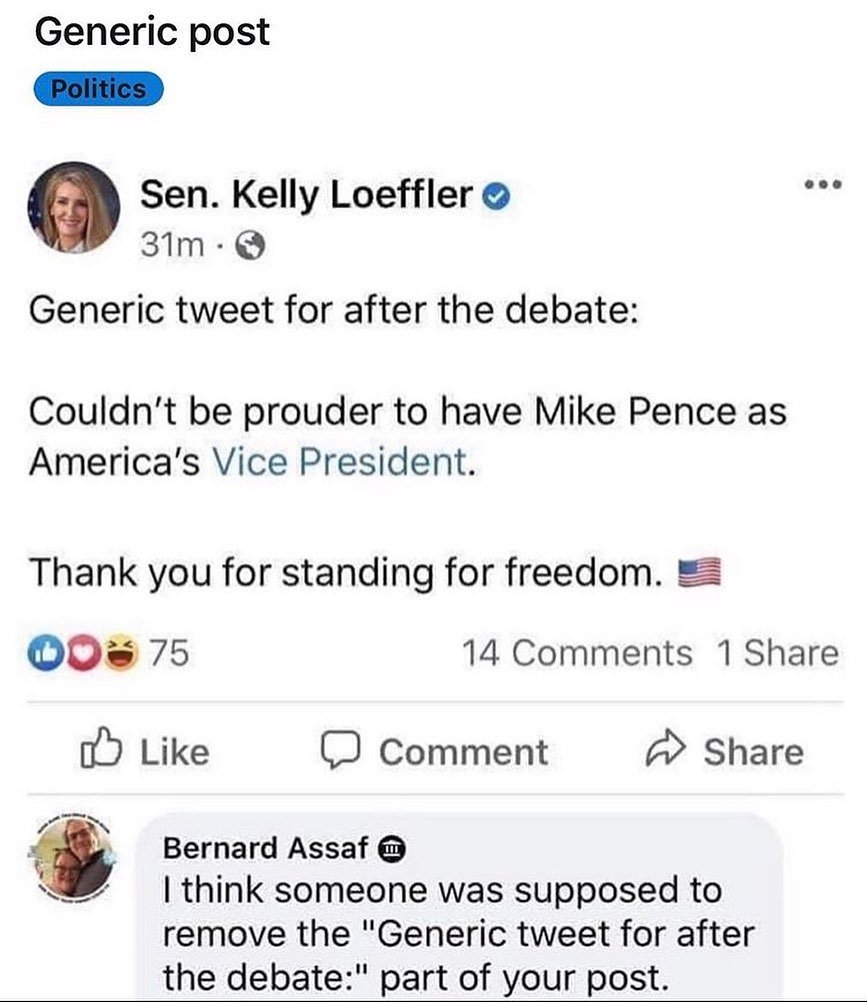 So much to enjoy. Leaving the ‘generic’ bit in, obviously, the response, or maybe this …

There’s a lot to love there, but I think my favourite bit is she posted it to Facebook.

Unbelievably, it’s not even the worst thing Kelly Loeffler has done on social media this week.