This missing hamster story had an unexpected twist in the tale

Over on Twitter, Tiger Webb shared some missing – and indeed, found – hamster photos he’d spotted out in the world.

this has been a saga pic.twitter.com/RKUTBxxBij 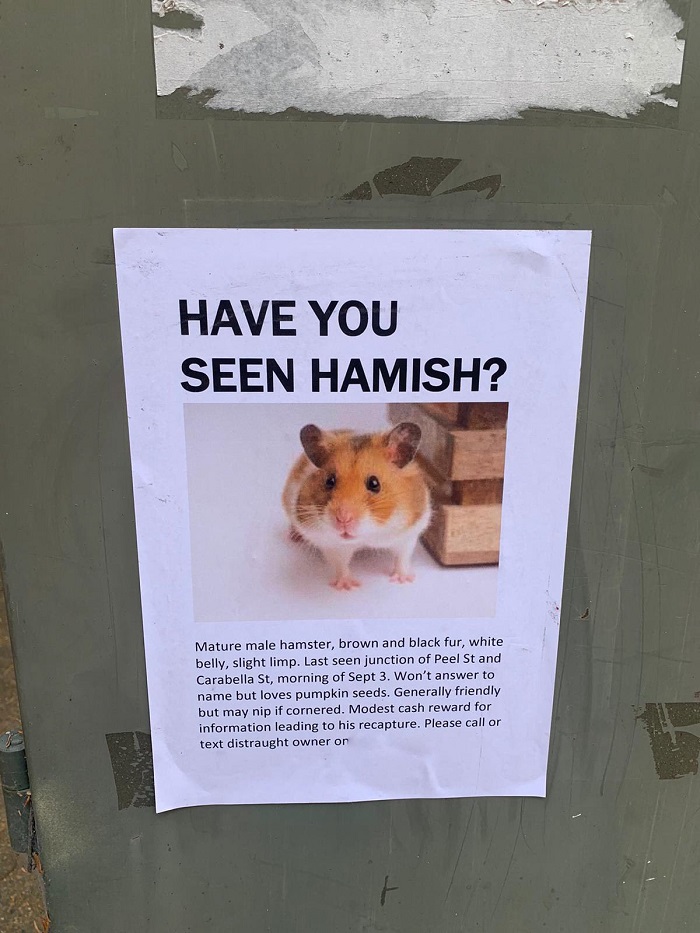 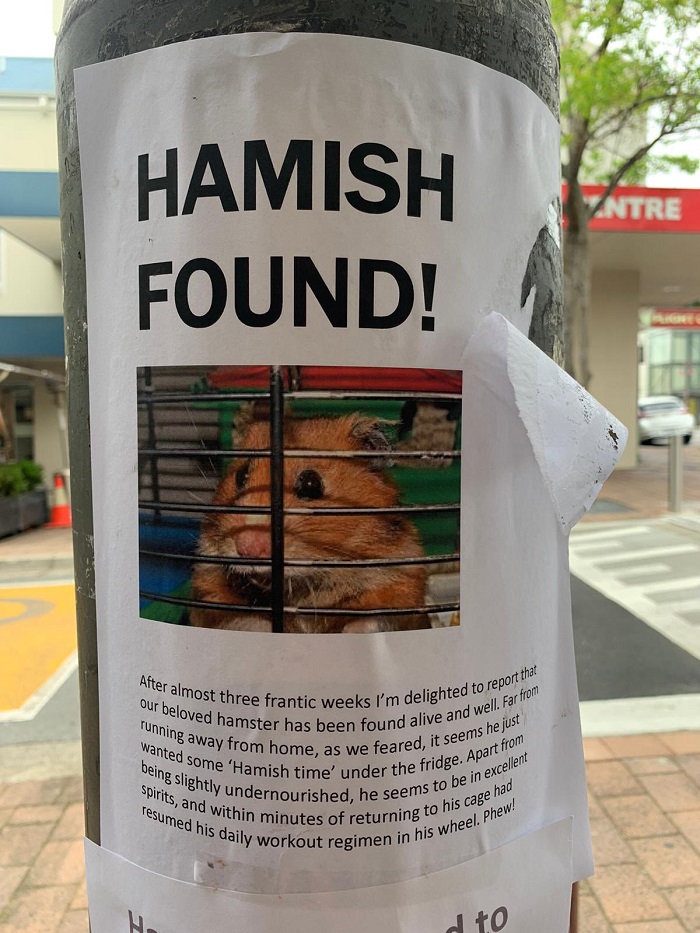 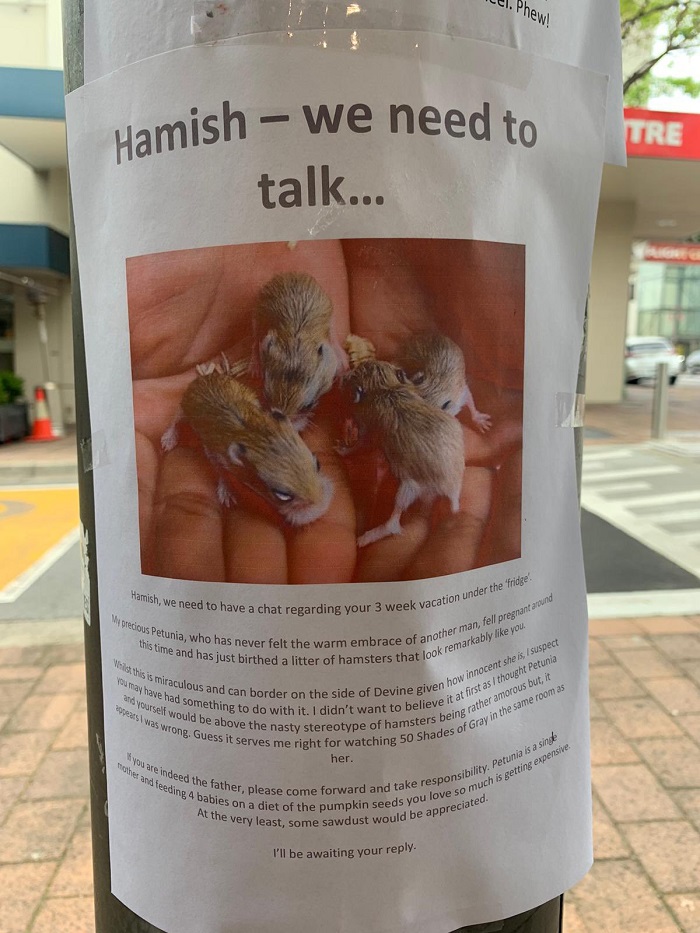 In case that’s a bit tricky to read – Hamish, a male hamster, had escaped, been found “under the fridge” and then the owner of a female hamster, named Petunia, posted a picture of their “virgin” pet’s new babies.

What could have happened? Was Hamish the dad? Had the absolute boy had himself quite the party during his time at large?

The post went viral, picking up over 60,000 retweets in a day, as well as comments like these:

🤣🤣🤣 Hamish has been bad! https://t.co/dlOVaiqzhE

Okay but has he stepped up to the plate and taken responsibility yet?! THE PEOPLE WANT TO KNOW pic.twitter.com/PppXmcJNU7

Hamish is a love rat !

However, if a story seems too good to be true, that’s probably because it isn’t.

i assume this is viral marketing for, like, Hamstr or w/e given the first image is a stock photo

The last picture shows young Robovorski hamsters… a completely different species from the first two pictures (Syrian). Y’all believe anything on this site. They don’t even look alike.

Tiger has reached out to the original poster.

the first sign included a number so i’ve texted them pic.twitter.com/gTIUG8RkvI

We’ll give you an update if they reply, but it just looks like a silly prank – and that’s fine with us.

who cares if it isn't real it's hilarious 😭😭 https://t.co/rgOZbT9LUT