Only five weeks or so to go until the US elections, and it’s probably not a coincidence that this all-time great Tom Morello takedown is proving very popular on Reddit.

The Rage Against the Machine man posted a photo of himself alongside a guitar with ‘Fuck Trump’ written on it and, well, here’s what happened next. 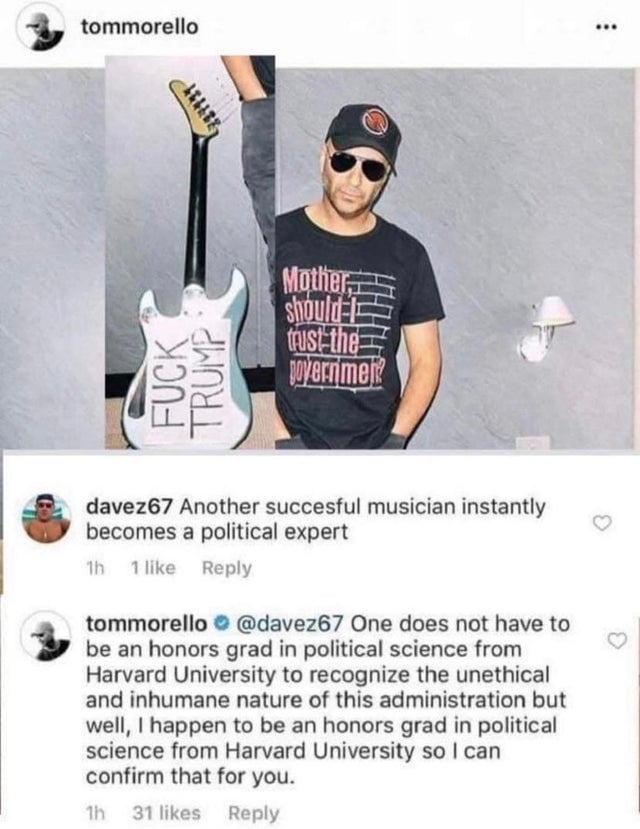 And it reminded us of this, another brilliant takedown (not by Morello this time) delivered to a Rage Against the Machine fan who went off the group because of their politics. 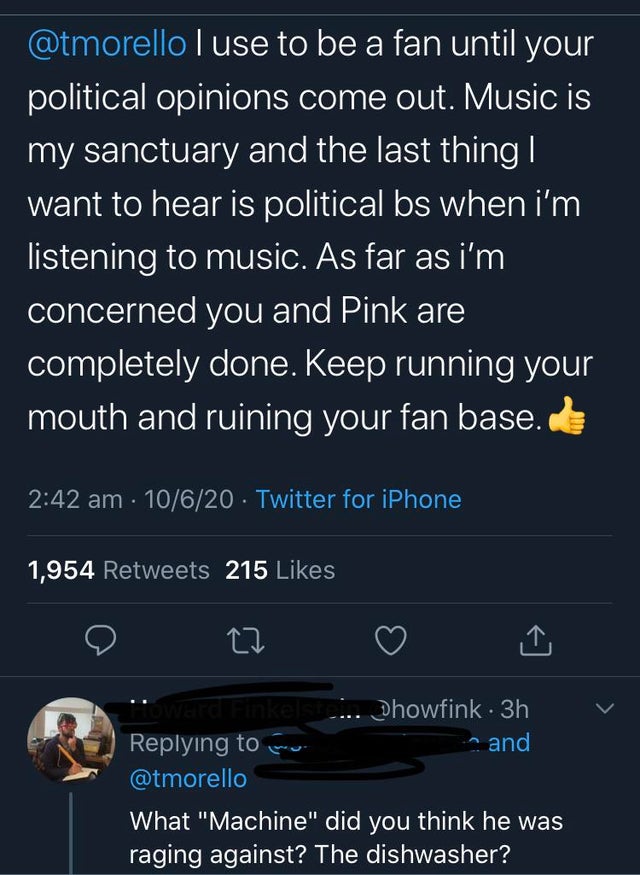 ‘What “Machine” did you think he was raging against? The dishwasher?’