When Dwayne Johnson – also known as The Rock – couldn’t get off his property because a power cut had jammed his electric gate, he dealt with it as few people could.

“Not my finest hour 🤦🏽‍♂‍, but a man’s gotta go to work.
We experienced a power outage due to severe storms, causing my front gate not to open.
I tried to override the hydraulic system to open the gates, which usually works when power goes out – but this time it wouldn’t.
Made some calls to see how fast I can get the gate tech on site, but I didn’t have 45min to wait.
By this time, I know I have hundreds of production crew members waiting for me to come to work so we can start our day.
So I did what I had to do.
I pushed, pulled and ripped the gate completely off myself.
Tore it out of the brick wall, severed the steel hydraulics and threw it on the grass.
My security team was able to meet the gate technician and welders about an hour later — and they were apparently, “in disbelief and equally scared” 🤣
Not my finest hour, but I had to go to work.
And I think I’m 💯 ready to be #blackadam 😄💪🏾
#ripgates”

And this is the evidence. 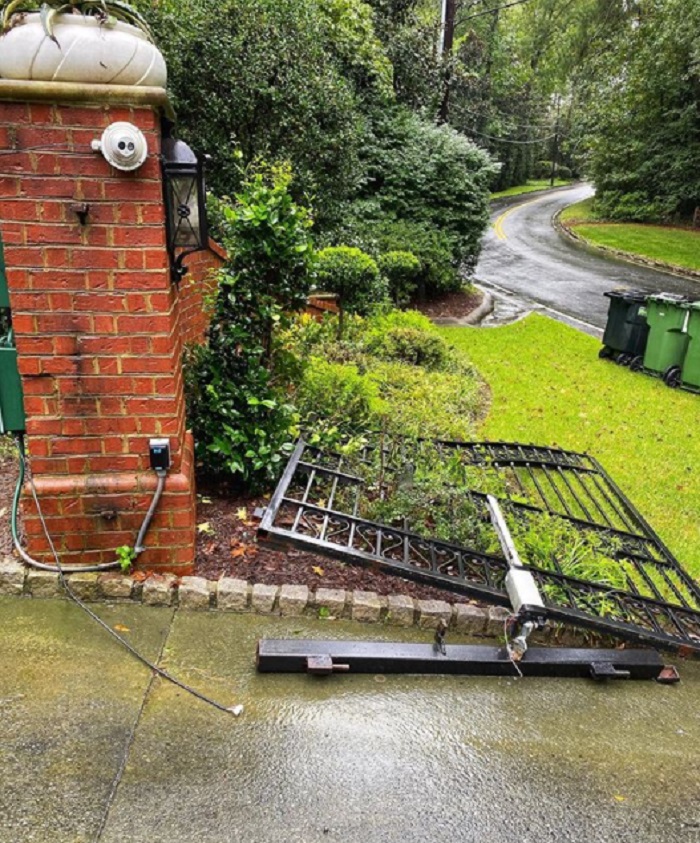 There was even footage of the aftermath.

Perhaps the hilarious putdown was payback for this previous exchange about The Rock’s upcoming superhero – or rather ‘super-anti-hero’ film, ‘Black Adam’.

I’m not playing Hawkman in Black Adam. Although I generally do whatever the hell @TheRock tells me to do. I would however love to be in Zack Snyder’s Justice League movie and I’ve heard I may already be in it? #SnyderCut

You ARE playing Hawkman and that’s that. You’re also Deadpool, Green Lantern (when you want because you own the intellectual property), you’re in the Zack Snyder JL movie and you’re also @KevinHart4real’s dad. Like in real life, as per your blood test.

There’s no spoiler alert here. We have no idea whether Ryan Reynolds is in the film or not. We suspect not.

We also suspect this isn’t the last good-natured banter to pass between these two.