Gary Lineker’s brother Wayne – stick with us, please – went viral today after he posted the ‘criteria’ he’s looking for in a new girlfriend on his Instagram account.

We don’t know a lot about Wayne and this might tell us all we need to know. It’s quite the read, it really is.

It was shared by Alice Tew – @BuckinghamAlice on Twitter – who said: ‘Has Wayne Lineker been hacked or is he just being himself. Hard to say.’ 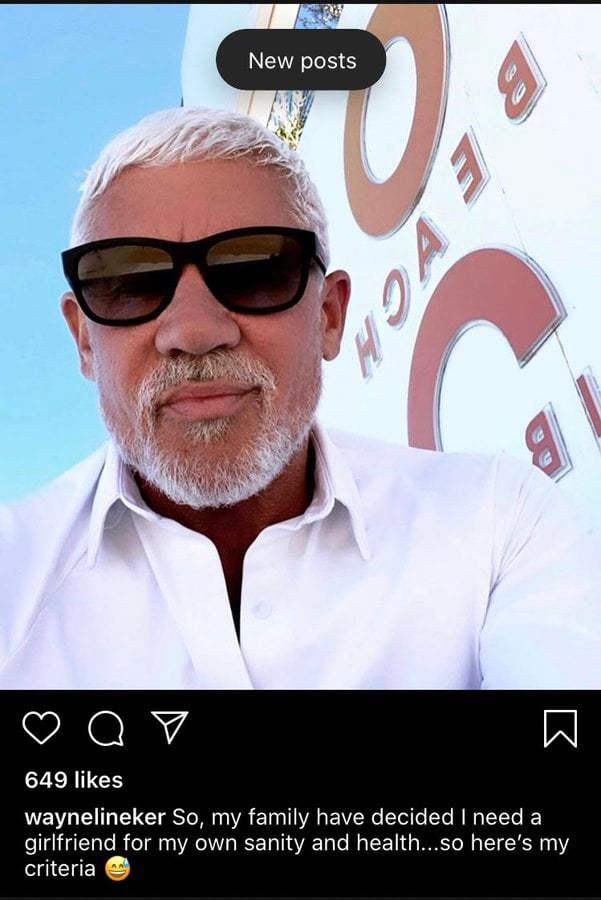 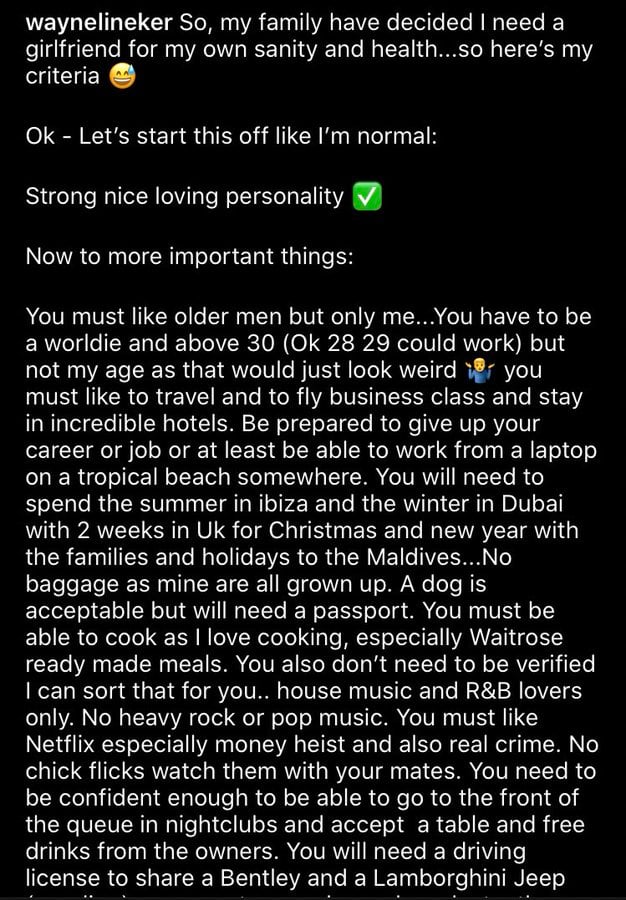 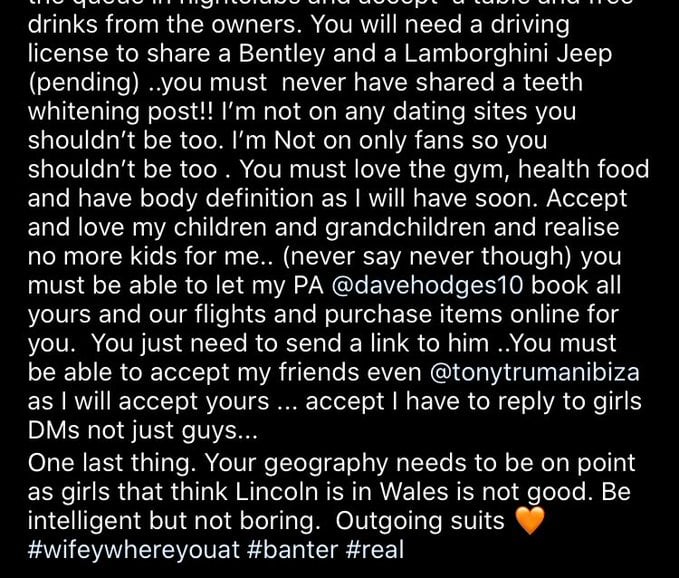 And there’s so much in there to unpick, we don’t know where to start. These people had a good go, though.

What's your favourite part? "Must have body definition as I will have soon" is it for me. https://t.co/MSs3aYFFyc

I don’t know what’s worse, a 58-year-old grandad seeking a wife younger than his daughter, or the fact Wayne Lineker considers Waitrose ready meals to be cooking. pic.twitter.com/1GYWrULBz2

Wayne Lineker reading out what kind of woman he wants. pic.twitter.com/ypfzszcaWG

Today a lifelong dream has finally come to an end as I have to accept that I'm just not Wayne Lineker's type.

If you audition to date Wayne Lineker you are an awful human. Also, please can we televise this process

There was also this.

Can we discuss the photoshop on his arms please pic.twitter.com/9y2OCkY2lt 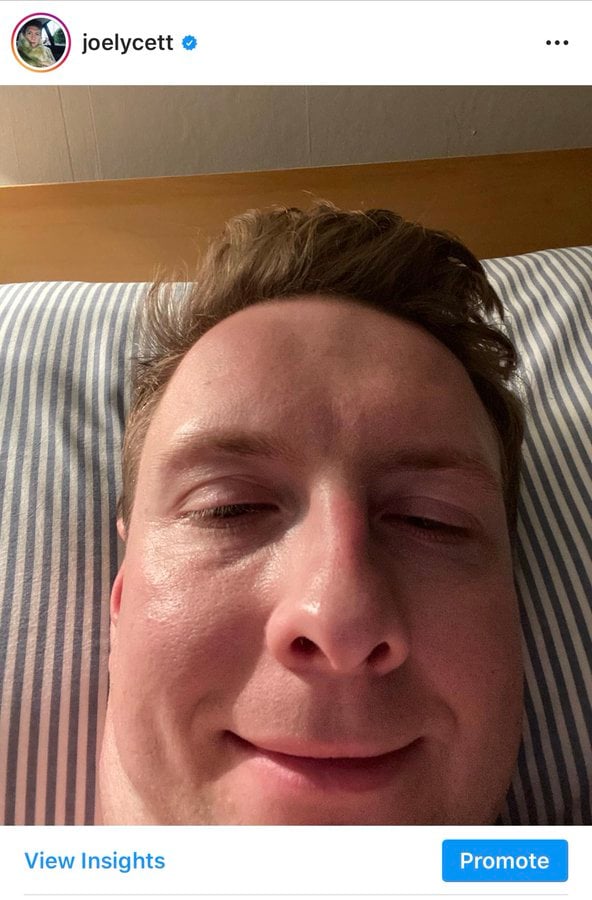 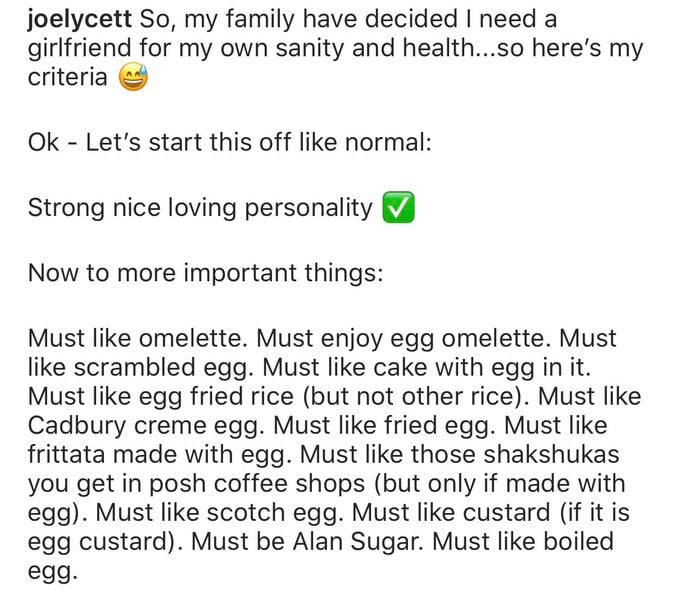