There are a lot of Donald Trump supporters who – like the man himself – aren’t too keen on wearing face masks.

Maybe the reason they don’t like them is because you have to loop them over your ears. In which case, these could be exactly what they’re looking for.

‘These masks that people are legitimately trying to sell in my town,’ said LoserUser4 who shared them on Reddit. 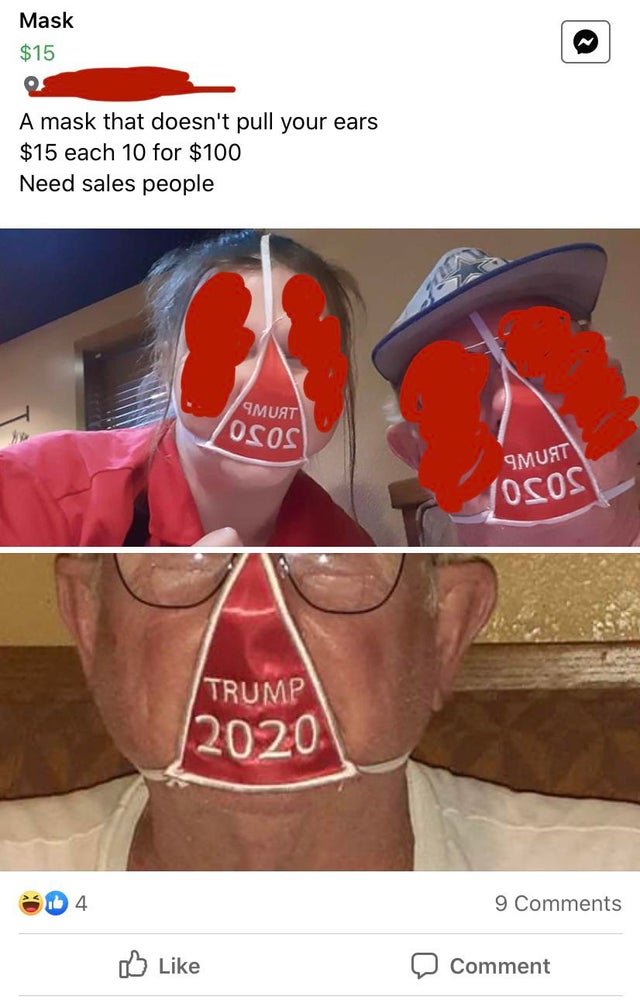 ‘Considering they’re probably buying red g-strings wholesale and having them embroidered at a bulk rate (plus markup to make a profit), $15 makes sense. However, I think we can all agree that the hilarity of Trumpers so desperate to “own the libs” that they’re running around with g-strings on their faces is priceless.’ vox_leonis

‘They must really want Trump to grab them.’ DrKillJoyPHD

‘If the panties fit…’ IsaacTrantor