Convinced that Facebook will be the downfall of our species. pic.twitter.com/jRbGAI1HFx 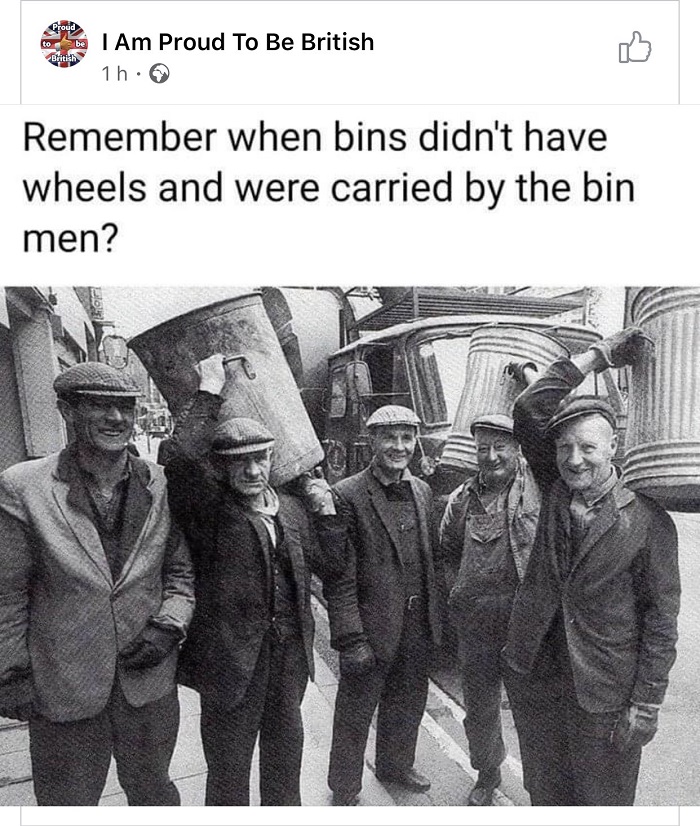 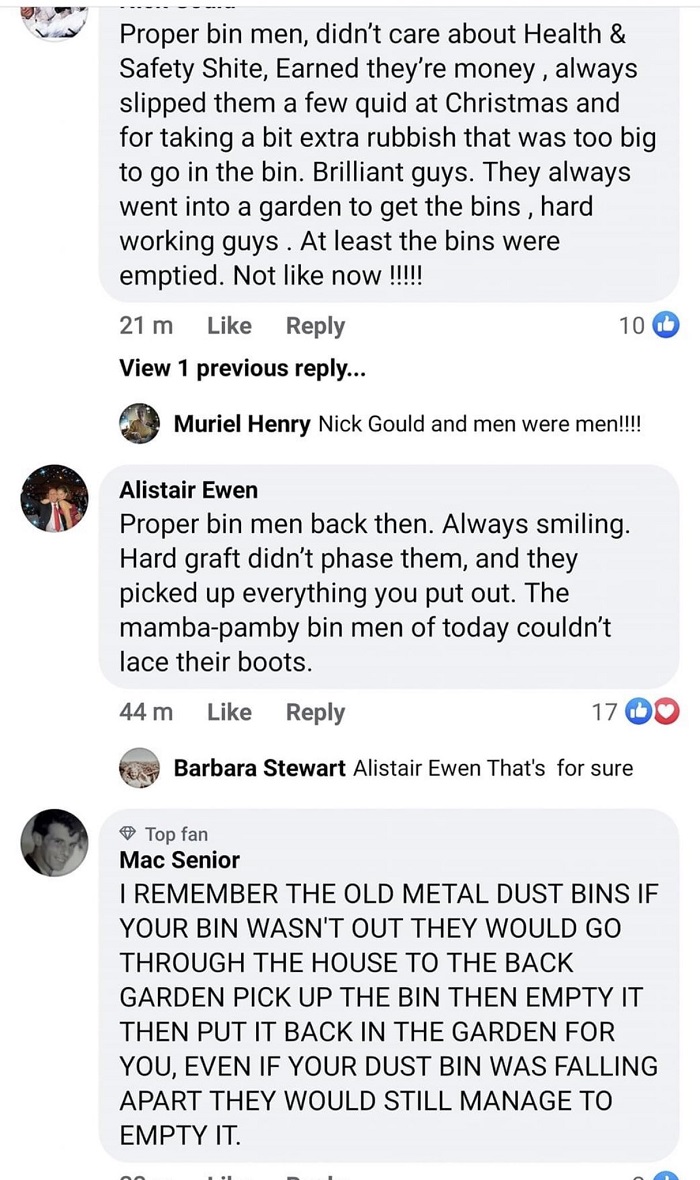 Never has the phrase “absolute bin fire” been more appropriate.

He shared a few more insights into the page’s focus. 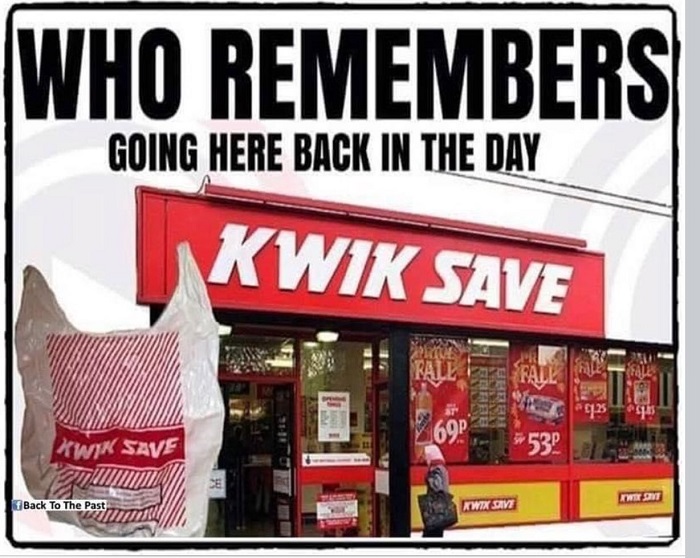 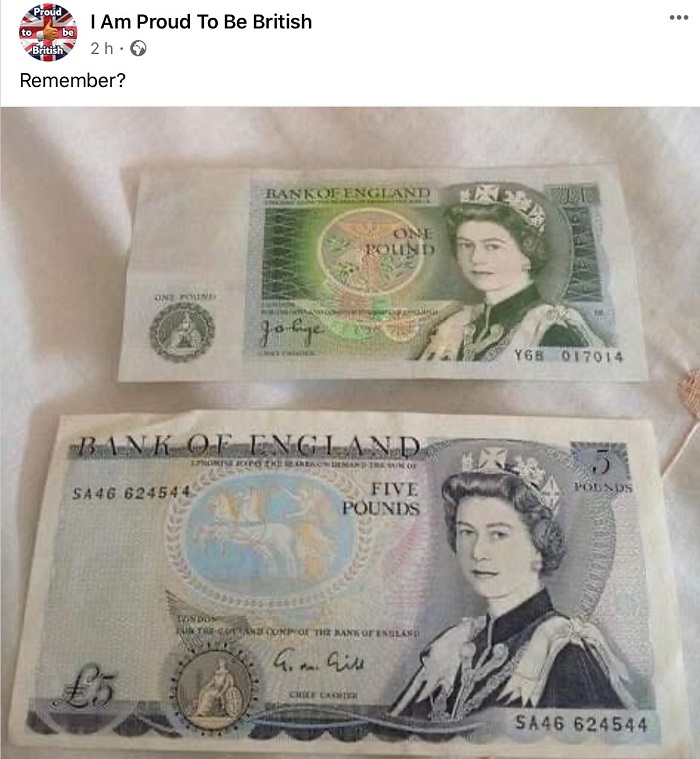 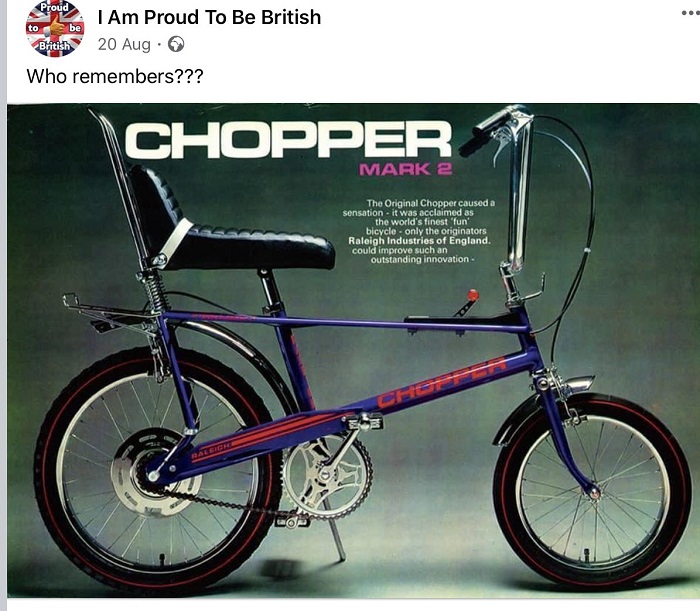 The bin post clearly struck a chord, because it has been retweeted almost five thousand times since Tuesday.

Tweeters considered the reality of the issue.

Ahh, proper bin-men, securely employed by the council on a fair wage with a decent pension to look forward to.

And proper rusting bins with holes for the rats to get in and chew your rubbish. None of this plastic wheelie bin rubbish.

This makes me so angry. Wanting binmen to do their backs in for their pathetic revisionist history. Expect they want to get rid of the welfare state too so when the binmen can't work because of it their family are out on the streets. Just like the good old days!!

What's with conservative nutters and being anti-H&S? "Back in my day we suffered grievous bodily harm from our backbreaking labour and we liked it!!"

It seems bin nostalgia had even swayed people in the Brexit vote.

A colleague told me his whole family voted for Brexit because “the EU forced his dad to have a plastic wheelie bin rather than his beloved steel bin”. He’s an IT Professional.

At least they have their priorities straight, though. Right?

what are the Brits mad at today? oh the invention of wheels

Ironically, all the posts that aren't Enid and Harold trying to remember shit, are all bad news stories about neglected kids, murders, and other disasters. Makes me wonder what it is that makes them so proud of being British. I'd be fucking depressed.