As you might not have been able to avoid by now, the new BBC director general Tim Davie is apparently on a mission to redress the corporation’s ‘left-wing comedy bias’.

We wait and see exactly what – if anything – happens, but it’s prompted no end of debate and opinion.

It also sent this old Stewart Lee column viral and a jolly good read it is too.

‘All this talk of the BBC axing left wing comedians in favour of some right wing voices reminded me of the end of this Stewart Lee piece from 2013,’ said @ahtralfie who shared it on Twitter. 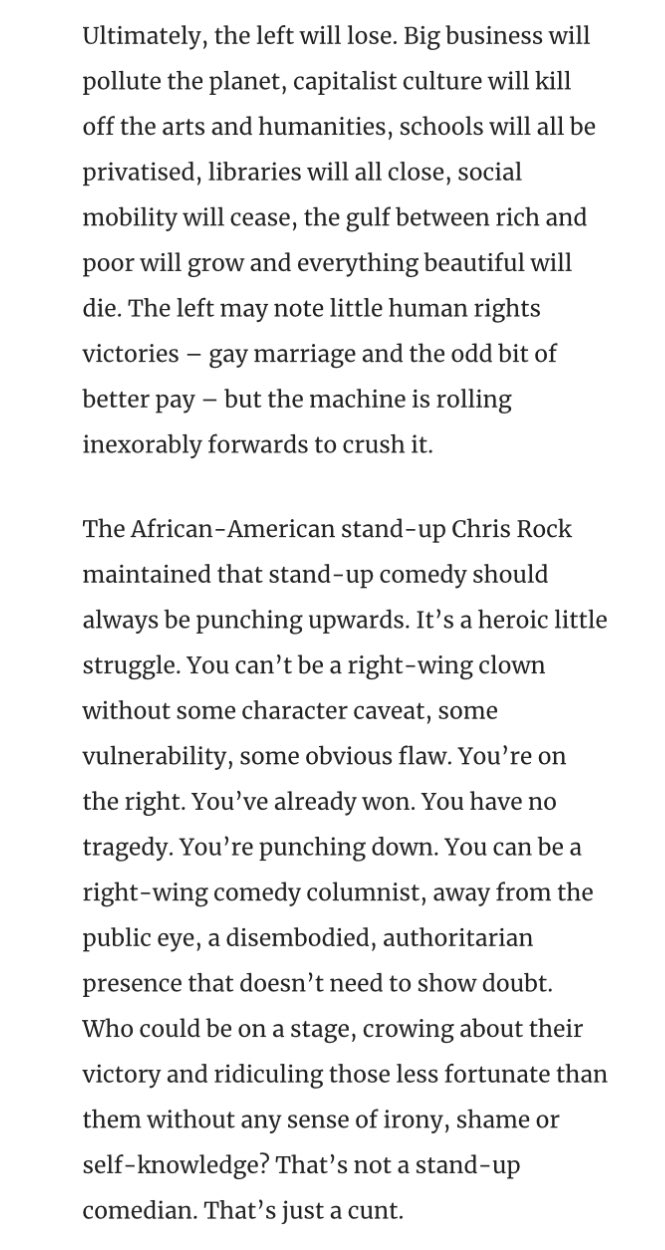 It was from a New Statesman column headlined ‘Where Are All The Right-Wing Stand-Ups?’ and you can read it in full here.

Separate but related was this Stewart Lee sketch which was also proving popular on Twitter and you surely can’t watch it enough.