Early contender for comeback of the week comes this, shared by Redditor strnglmbs_29.

It began with the tale of how Buzz Aldrin claimed $33.31 for travel expenses for his 1969 trip to the moon. 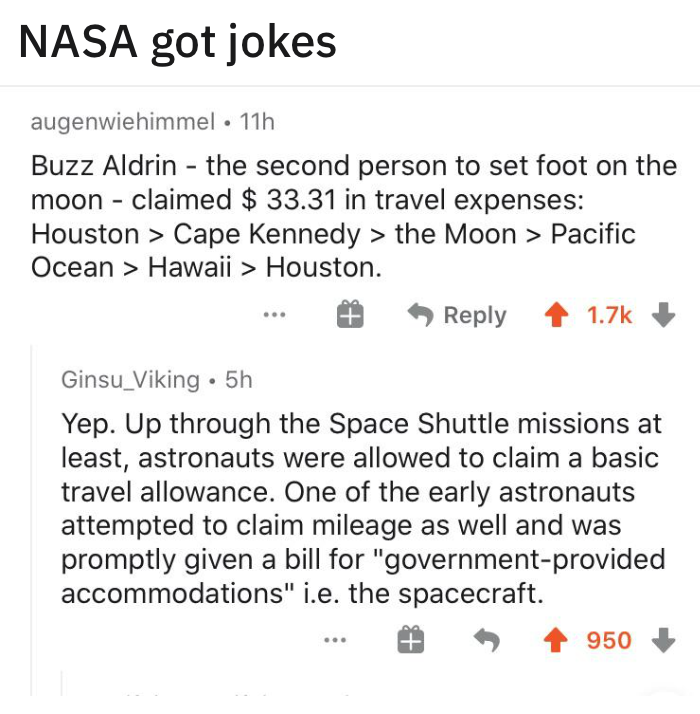 ‘”Use the space bar instead!”‘ Darth_Nibbles

‘I would think the astronaut would still come out way ahead of the cost of lodging for a reimbursement on a half-million miles.’ wonder-maker

#TBT My mission director @Buzzs_xtina's favorite piece of my memorabilia. My travel voucher to the moon. #Apollo11 pic.twitter.com/c89UyOfvgY