As Donald Trump has found to his cost, trying to get one over on Alexandria Ocasio-Cortez, especially on social media, is a tricky business.

You might remember the time Trump said the congresswoman was ‘not talented in many ways’.

Trump: AOC, a young woman not talented in many ways pic.twitter.com/5czXJJ5N4U

And she had the perfect response.

We only mention this after AOC did an Instagram Q&A in which anyone – Trump supporters included – were invited to ask her questions.

And one person thought they’d be clever by asking if she was looking forward to going back to an old job she had after the US elections in November.

‘Are you ready to bartend again after November 3?’

And her response went viral because, well, have a read for yourself. 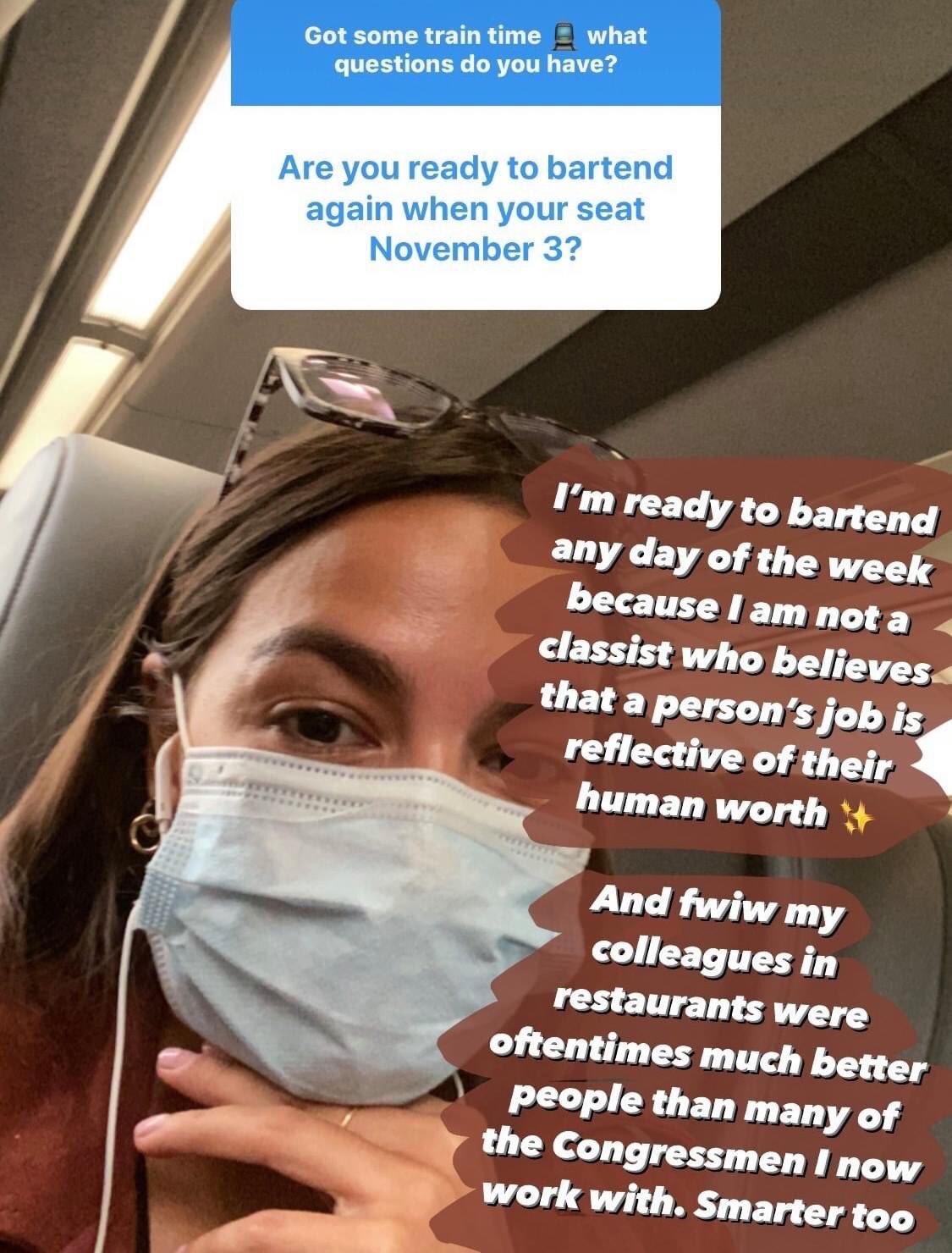 ‘I’m ready to bartend any day of the week because I am not a classist who believes that a person’s job is reflective of their human worth.

And [for what it’s worth] my colleagues in restaurants were often times much better people than many of the Congressmen I now work with. Smarter too.’

Her response went viral after it was shared on Twitter by @aprilglick who had this to say about it.

Being a server in a pandemic has been a really illuminating experience. Having representation in Congress that remembers this life, that treats and speaks of us with respect, is so important to me, personally. pic.twitter.com/Ip2oSrxeHf

People liked this response too.