The grim reaper turning up was already funny, but what makes this even better is the special sign these ‘back to school’ protestors made in response.

‘Grim Reaper supporting Karens on their protest to open schools, said invertedparadoxxx who shared it on Reddit. 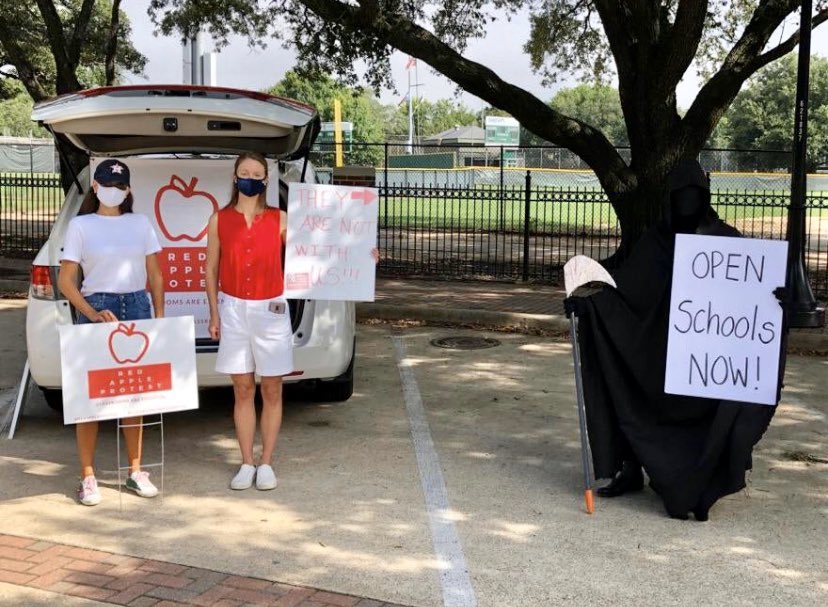 We’re presuming that everyone wants their children to get back to school. Just when it’s totally safe for everyone, obviously.

‘It takes dedication to dress in head-to-toe Grim Reaper in Houston when average daily temperatures are 99°F (37.2°C).’ TooShiftyForYou

‘He should move to the left. They’d have to edit the sign.’ andbruno

‘The thing that’s really infuriating me about this pic is the fact that they used a bright-ass red marker. I could barely read that shit.’ Red-Echidna

‘Reaper needs another sign “They will be with me soon enough.”’ CowboyLaw

next story
Breaking News: Christmas cards to sum up 2020