You’ve probably seen Donald Trump is rather keen on delaying the US presidential elections due to take place in November.

Here’s what he said on Twitter a little while back.

With Universal Mail-In Voting (not Absentee Voting, which is good), 2020 will be the most INACCURATE & FRAUDULENT Election in history. It will be a great embarrassment to the USA. Delay the Election until people can properly, securely and safely vote???

And this is surely the perfect response, shared on Reddit by wait_whats_illegal who said: ‘Hold up (found on twitter with #maga tag).’ 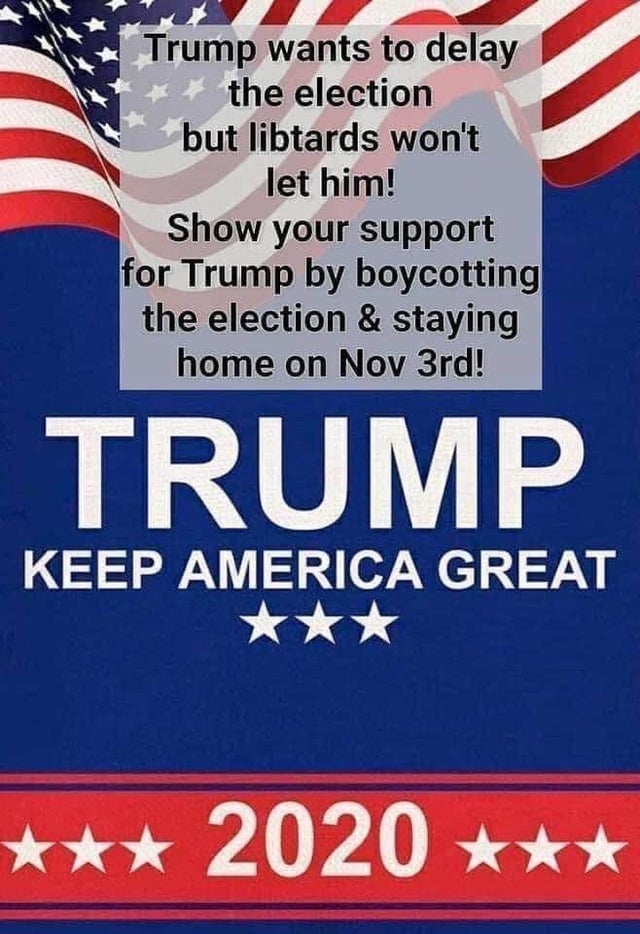 ‘Someone pulled a sneaky on his supporters.’ DE-ARGA

‘YES PLEASE DO THIS.’ bernyhunt

‘And make sure you don’t vote by mail either because FRAUD!’ coldgator