There’s a subReddit called ‘Am I The Asshole’ in which people check in to make sure they did the right thing. Or, as is often the case, the very, very wrong thing.

And occasionally one of the tales will go viral because it’s very funny, or a total facepalm, or both.

And this is a classic of the genre, shared on Twitter by @AITA_reddit. 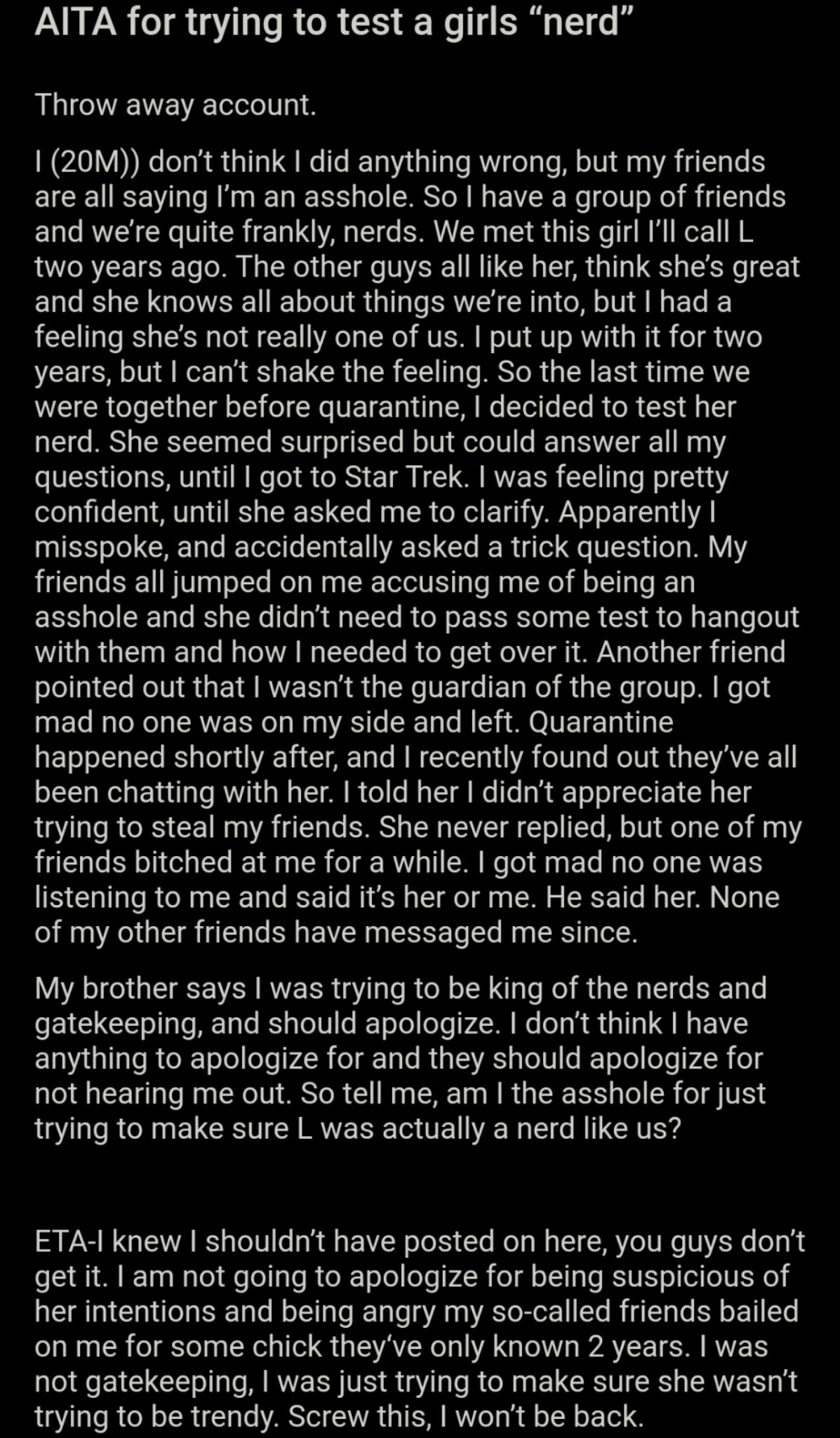 And here are our favourite responses it prompted on Twitter.

“Screw this. I won’t be back” and thank god for that

I don’t know what I love more:

That his friend group called him out

That his friend group chose her over him

That his brother called him out

Or that apparently in his gatekeeping he got a piece of trivia wrong and the girl called him out.

Why do guys always do this? You can like something without passing a quiz on it!

oh you like star trek huh? name every star in the galaxy

it will never not infuriate me that geek men think women are faking an interest to impress them. it’s so casually egotistical.

Am I the asshole for pretending to get fired when customers get a temper with me?