The latest in an occasional series, ‘facepalm of the day’ comes this, courtesy of CantDecideANam3 on Reddit. 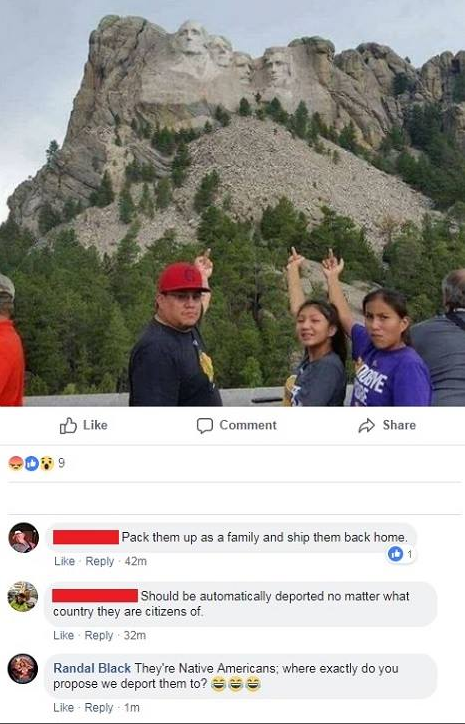 And just some of the comments it prompted on Reddit.

‘I’m sure they would love to be “deported” back to their native land. In fact, I think that is one of the major things they have been fighting for.’ Buster_Cherry-0

‘Deport them back to… literally where they’re standing? Lmao.’ HEYitzED

‘Maybe anyone who suggests they be deported should be deported to wherever their ancestors came from.’ rogueqd

“Pack these Native Americans up and send them back to their homes.”