Over on Twitter BBC journalist Neil Henderson shared this story of what happened to a friend in the hope it would stop people falling for it. And it’s a very handy reminder for us all.

Here’s what Neil (@hendopolis on Twitter) had to say.

‘The bank scammers are incredibly smart. They nearly took thousands off one of my friends earlier today, so do read this account she wrote, and pass it on.’ 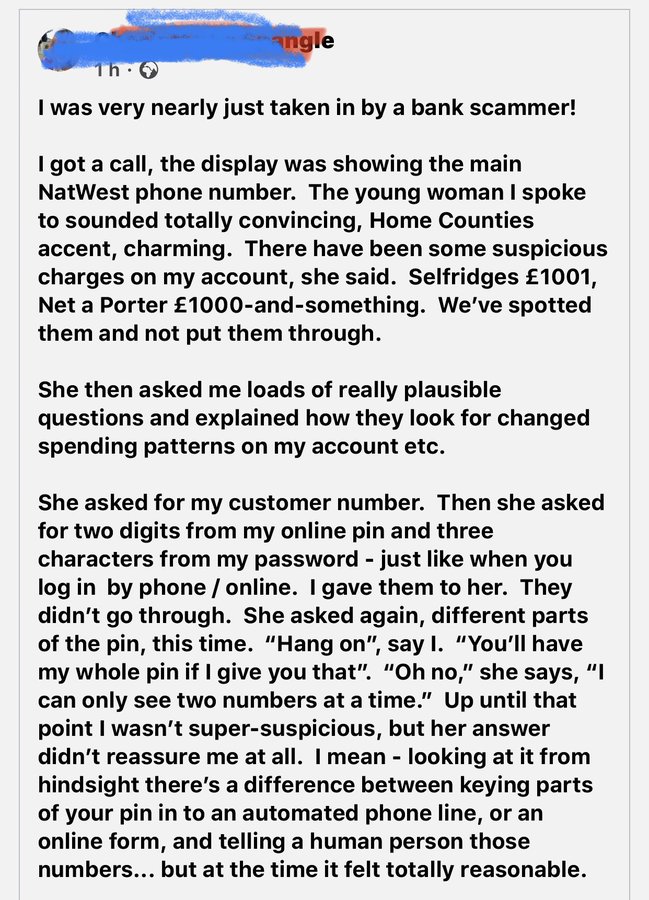 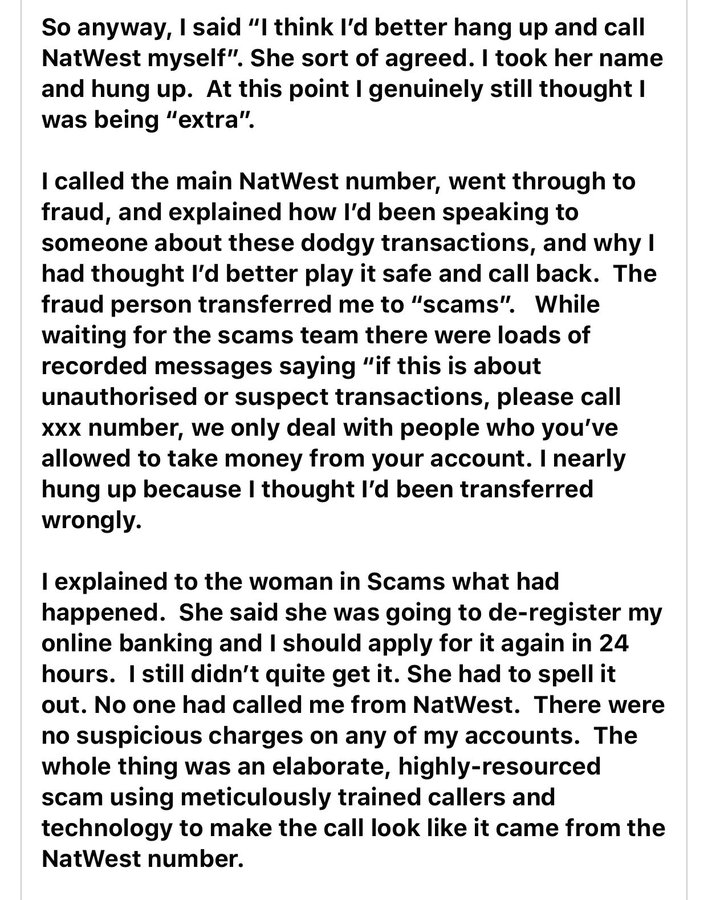 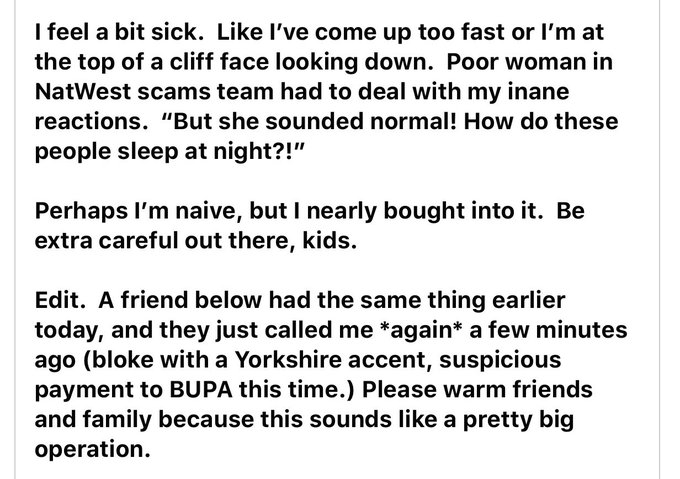 This happened to me, exactly like this, only i fell for it.

According to the fraud team at RBS, this is now the most common crime in the country.

No bank will EVER ask for PIN details on the phone – so that's got to be a red flag. Important to share these stories as so many people are taken in by the ever more plausible and 'pro' scam artists.

I hate the way they prey on the elderly. I was with my 88yr old hard of hearing father who had a call from some scammer pretending to be his bank.. thankfully on speaker so I heard and did sound convincing.. he listened, looked at me, I shook my head, he said pi$$ off an hung up!