The comedy legend Carl Reiner has died aged 98, prompting many tributes in honour of the writer, producer, director and great, great friend of Mel Brooks.

People were also sharing favourite clips from his films including The Man With Two Brains, The Jerk, and Dead Men Don’t Wear Plaid.

This was also raising lots of smiles, a letter he sent to actor and comedian Jon Cryer after he filled in at an awards do which Reiner had hosted for many years.

‘The brilliant and hilarious Carl Reiner hosted the Director’s Guild awards for decades before his health forced him to take the night off,’ said @MrJonCryer on Twitter.

‘They asked me to sub in for him. Here’s the letter he sent me.’ 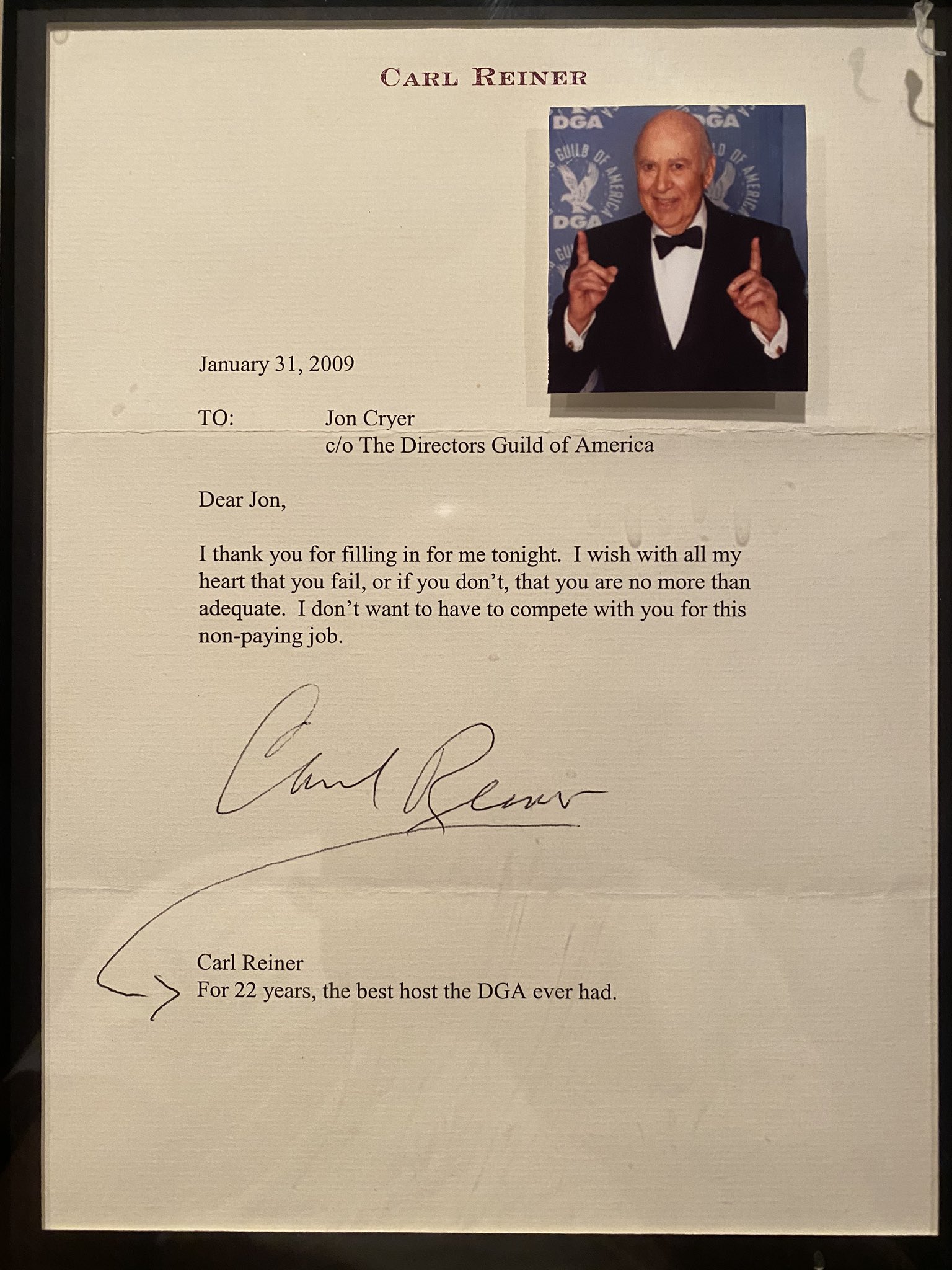 I thank you for filling in for me tonight. I wish with all my heart that you fail, or if you don’t, that you are no more than adequate. I don’t want to have to compete with you for this non-paying job.

For 22 years, the best host the DGA ever had.

Working with, and getting to know Carl Reiner were two of the great thrills of my career.

A lovely man who lived a wonderful life and brought joy to literally millions.

And fwiw, I killed at the DGA Awards that night.

Started the show by reading his letter aloud.

And because you can’t have too many clips …

You really can’t have too many.

The Man With Two Brains has more crackerjack jokes than a dozen lesser comedies. But this one I have a particular soft spot for. pic.twitter.com/Qwn3t59Cks

next story
Breaking News: 14 of the funniest takes on living through a pandemic