A San Diego barista has been gifted almost $90,000 in tips – at the time of writing – after standing up to a customer who refused to wear a mask.

Lenin Gutierrez wanted Amber Lynn Gilles to abide by the state-mandated rules at the Clairemont branch of Starbucks where he works, but when she wouldn’t, he stood his ground, causing her to post a rant on Facebook.

There was even a photo of Lenin, and the address of the branch of Starbucks, both of which could have caused him a lot of trouble. 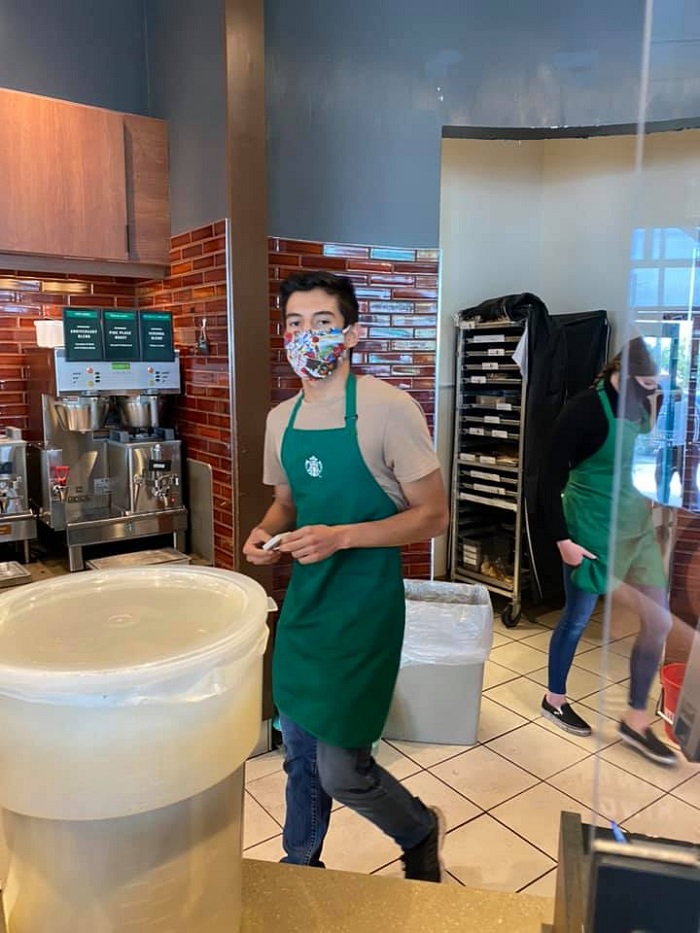 Far from causing Lenin trouble, the post was bombarded with criticism of her selfish attitude.

Imagine photographing someone who makes minimum wage because you won’t comply with the rules a private business and the state of California set up. Call the cops all you want, but there’s literally nothing they can do for you, Karen
Also this is creepy as hell. Get a grip.
Victoria Grace Simpson

Are you really crying cause you had to wear a mask for 10 minutes to get coffee then leave ? Is it really that hard? Just wear the mask get your coffee then take it off when you leave Karen Jesus Christ.
Daniel Bickle

She had a message for her critics. 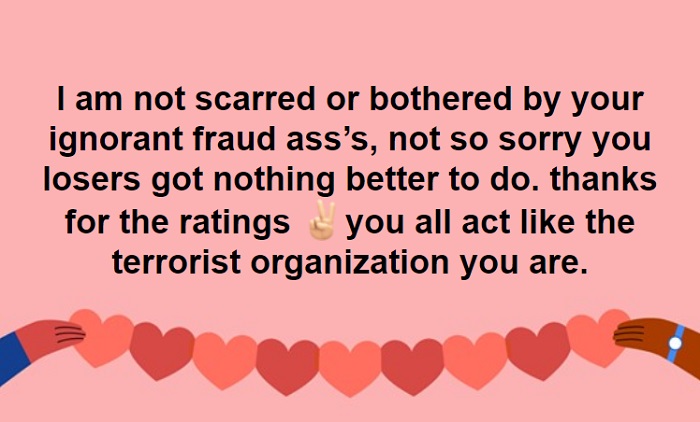 Someone named Matt Cowan thought Lenin deserved compensation for what he’d had to put up with, so he set up a GoFundMe page to get him some “tips”.

This is what he wrote on the page.

“Raising money for Lenin for his honorable
effort standing his ground when faced with a Karen in the wild.”

Lenin took the opportunity to share his side of the story in the replies to Ms Gilles’ post.

“I’ve received numerous messages asking for my side of the story. Since this seems to be the most popular thread I decided to post my personal experience here. Thank you all for the love and support.”

“I was going to show her the paper showing that we’ve been requiring face masks but we can still help, but before I could say anything she flipped me off and she said, ‘No, I don’t need one,’”

“She started cursing up a storm, she started calling people sheep and she left, and within a few minutes she came back and she asked for my name.”

Trained dancer Lenin explained that he had been teaching children to dance before the coronavirus outbreak.

“If I can show that to somebody else, that would be amazing to change their life like it changed mine.”

After Matt’s GoFundMe had such an amazing response, Lenin recorded a special thank you video – in his mask, of course.

It looks like Amber Lynn Gilles won’t have to face him at Starbucks again – he’ll be too busy dancing.

next story
Breaking News: "If people today were on the Titanic" is 58 seconds very well spent