Boris Johnson’s been in the Mail on Sunday telling the paper how he not only changes nappies, he can do press-ups.

And to prove it he was pictured – not changing nappies, obviously – but doing press-ups. Apparently. 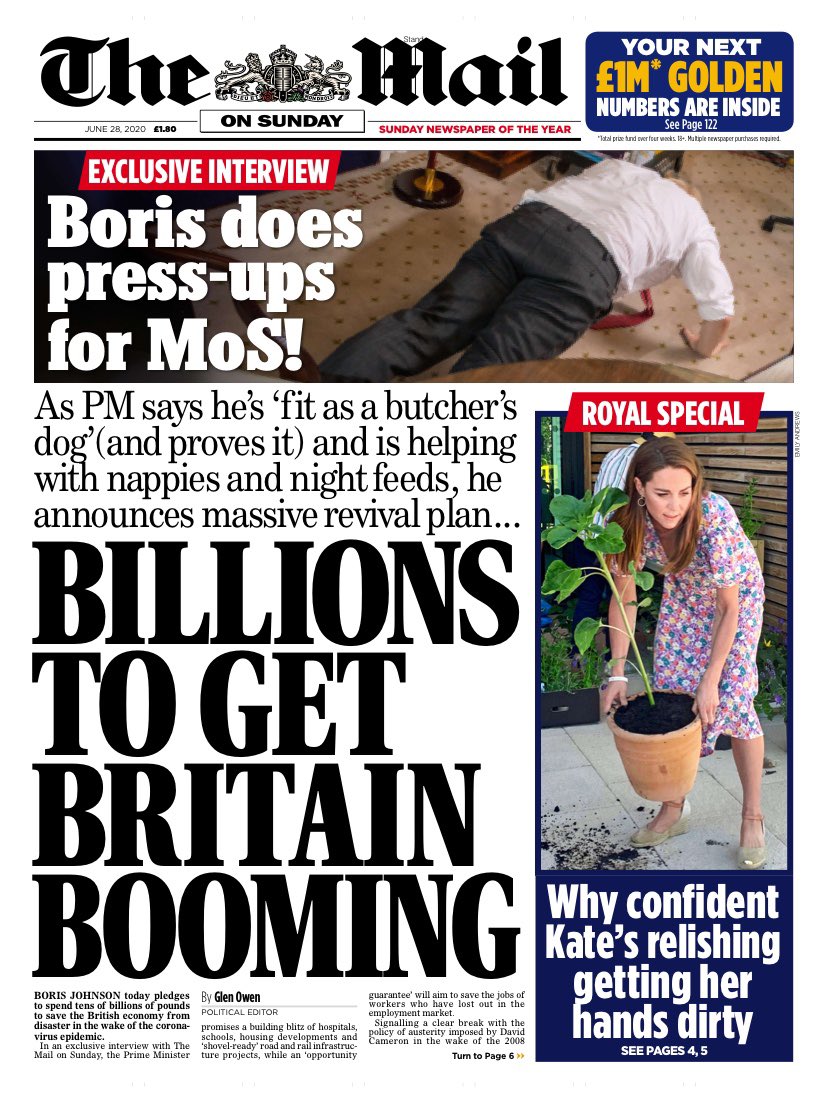 And here are our 5 favourite responses to that.

[history class, 2100]
“And it was at this point, after 42,000 deaths and a devastating second wave on the horizon, that the Prime Minister invited the press to watch him nob the floor” pic.twitter.com/m99WhNHLws

The unedifying spectacle of Toddler Johnson rolling on the floor of Number 10 to prove he can do press ups.

What next? Show us his tummy?

Johnson doing press-ups wasn’t the only weird story on the front page.

Boris can change nappies, and Kate can move a flowerpot.
It's no wonder they are our leaders. pic.twitter.com/80sVEceBL2

Is that a real front page?

next story
Breaking News: News in brief: a lighthearted look at the week's top stories