The @redditships Twitter account shares posts from the subreddit r/relationship_advice, which does exactly what it says on the tin.

A recent post had people in a bit of a headspin as they read through a post by a 29-year-old woman asking if her boyfriend’s excuse for using Tinder might actually be plausible.

See what you think. 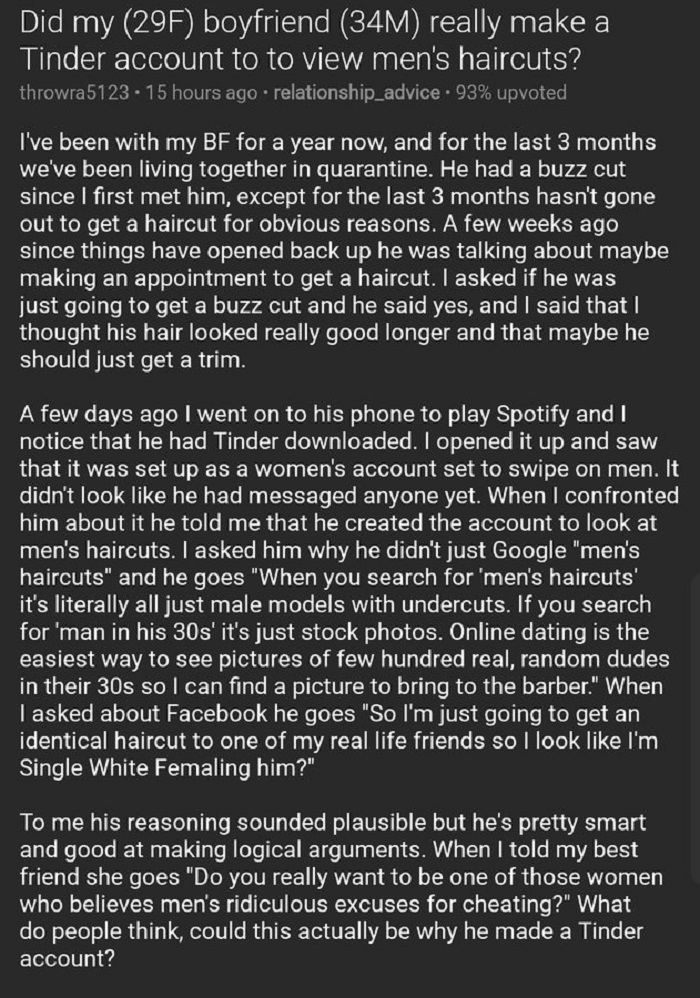 He has a point doesn’t he? Or does he? Twitter was as conflicted as we are.

This is literally the only one of these where I did the biggest 180 of my life starting with “girl are you stupid?” to being like “we’re living in 2020 and this man is living in 3020”. https://t.co/8l3JqQHlUG pic.twitter.com/LgHEmrg3Kc

This one has me stumped.. pic.twitter.com/D0iGRaLx0y

The closest we can come to a conclusion is this:

If he's lying, he's still brilliant but you gotta respect it. https://t.co/VGSmoN2Zn5