It started when the great @mooseallain shared this on Twitter.

‘Someone’s scratched out the name of this crossroads so it’s nicer,’ said @MooseAllain 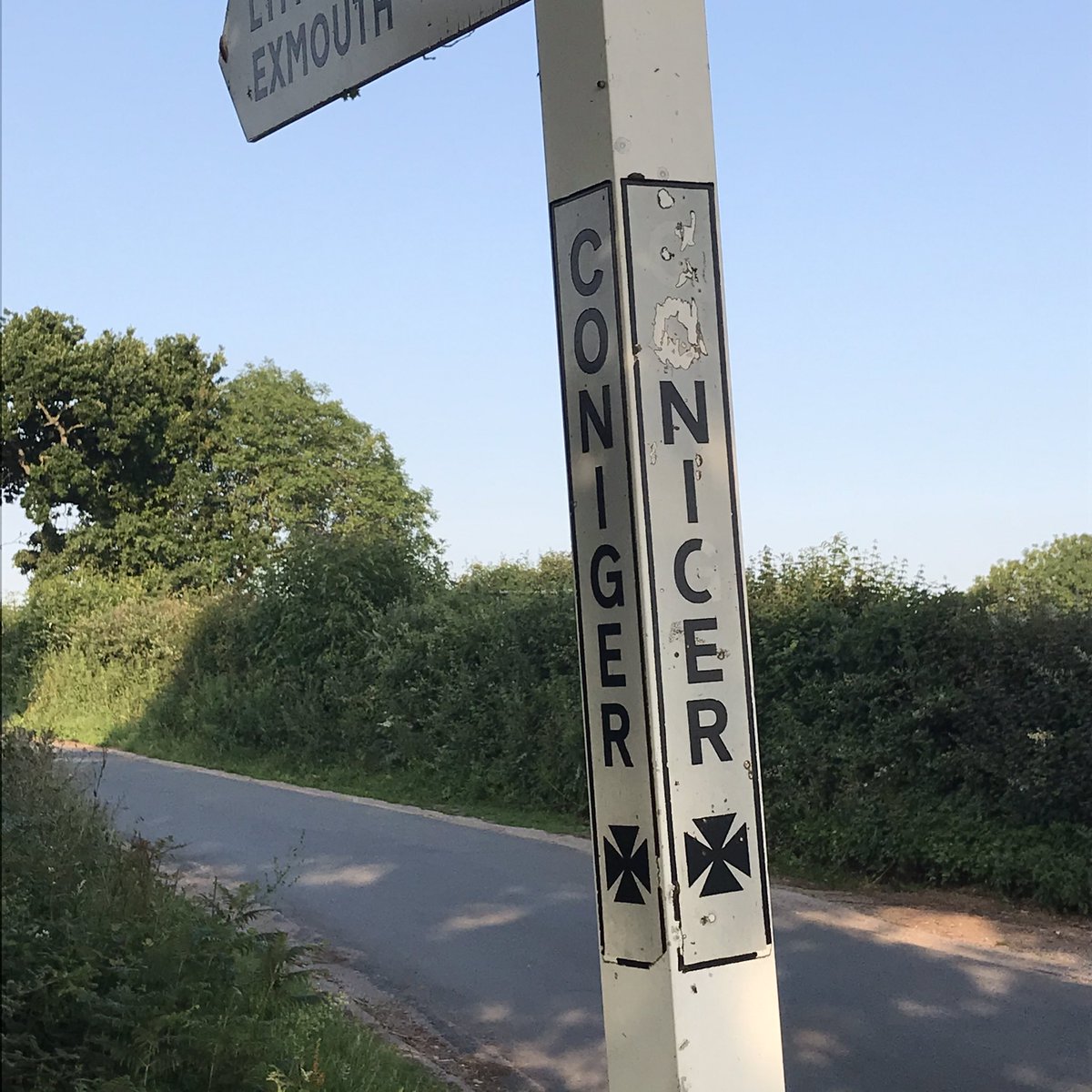 And it got people sharing other signs that had been messed around with for comic effect (and a few that don’t need any messing around with to raise a smile).

I spotted this on twitter not long ago. It pleased me hugely because even in the 80s every single person at my school claimed to have been responsible. Liars, the lot of us, obviously. Bateman st, cambridge pic.twitter.com/ih7g4yJfxZ

Not a road sign, but I’ll forever be grateful for this piece of manipulation. pic.twitter.com/VcscBjAtvp

I like this change to the University of Reading’s Allen Laboratory. pic.twitter.com/KUUtECjNCZ

We spotted this sign, warning boaters of possible trouble ahead, on the River Lea in Edmonton, North London. pic.twitter.com/U8xKwLxx5N

Maybe one for night-time Twitter, but disgruntled employees did this beauty at Thwaites brewery when they announced redundancies back in 2014 pic.twitter.com/1ZGV38FFJO

An old photo, but this joke regularly appears in Manchester city centre. It might even just be the same sign. pic.twitter.com/NYctsoUG5b

The signs into Crewe get changed every so often… pic.twitter.com/Mu3IlY0MCs

Apse Heath used to regularly get changed to Arse pic.twitter.com/MLnfyRyOUD

This is a classic… pic.twitter.com/7jaxoBlBfe