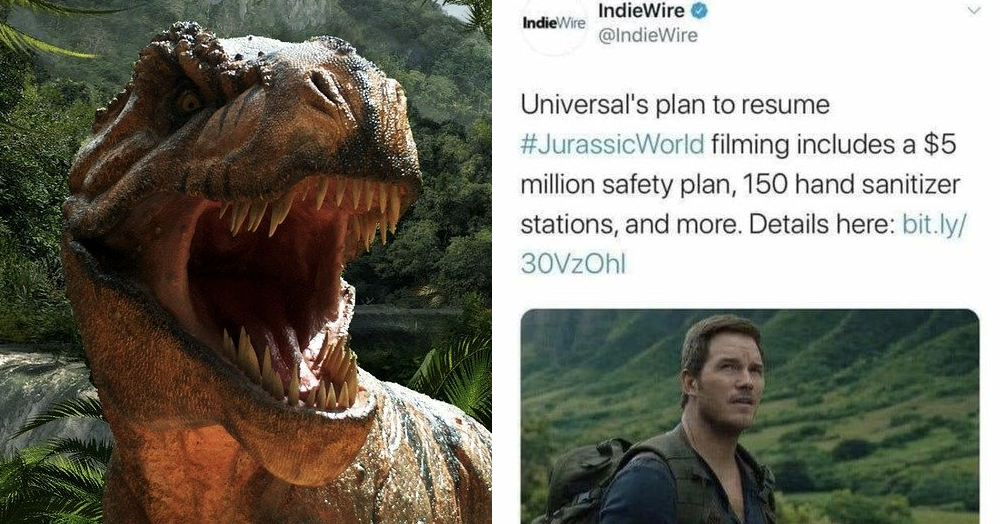 Early contender for takedown of the week comes this, in response to the news that filming will begin again on the new Jurassic Park movie. 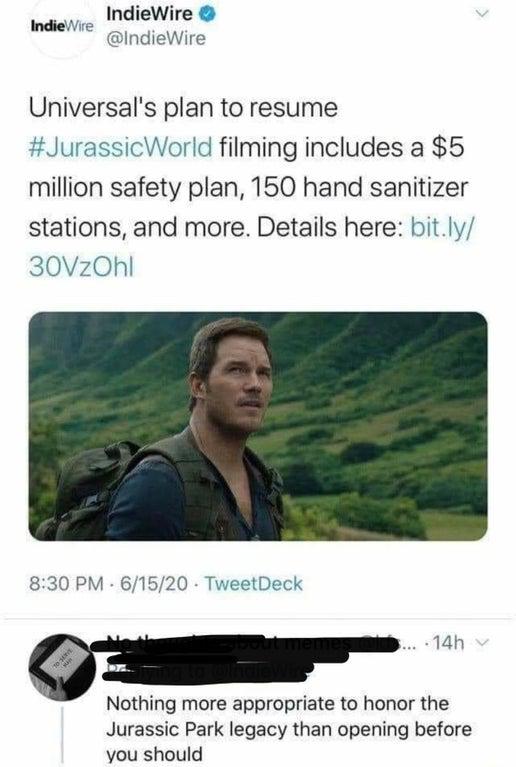 We’re sure they’ve got it all covered and it’s all entirely safe, obviously.

Takedown of the week