Each generation seems to think the one that comes after has it easier, and that’s not always true.

They also think useful skills are sacrificed on the altar of technology, which might be a bit true.

After spotting a news item about a dramatic rescue a few years ago, one Facebook user chipped in with what they thought was a slam dunk on the younger generations.

This was the story that grabbed their attention. 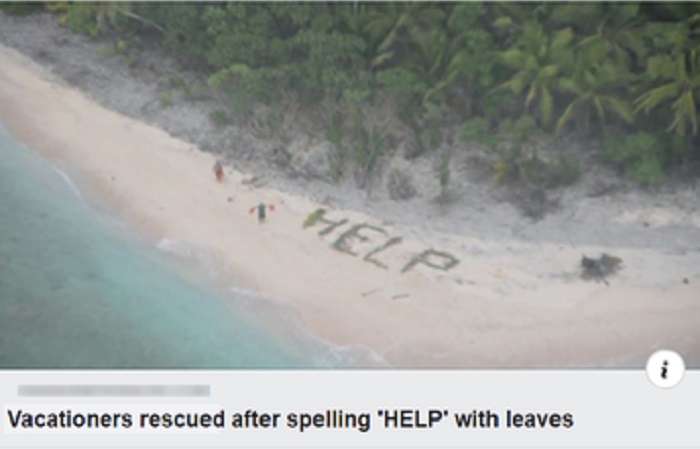 And this was their snarky reaction.

They can’t have been expecting such a comprehensive clapback as this, but it’s a thing of beauty. 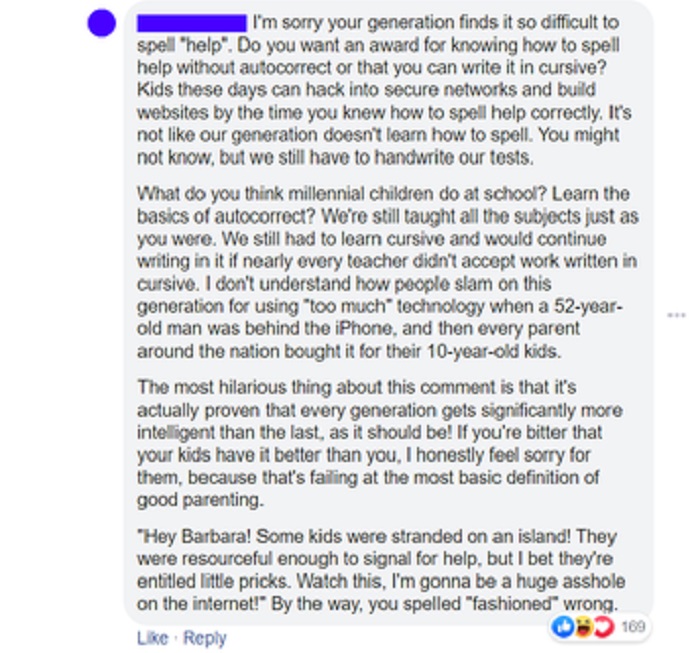 Because we can, let’s take a closer look at that last part.

The mockery continued in the comments.

Ah yes learning how to spell the old fashioned way. By going to the beach and using leaves to write giant words.
juanCarlos92

When I was a boy, we didn’t even have leaves, we had to use our own severed limbs and the mangled bodies of our siblings to write letters in blood, and we liked it!
anothernaturalone

And we had to share the siblings between us! we couldn’t have one each, oh no. My Sister and I had to have the same brother because our parents insisted.
Jonas1412jensen

Oh yeah? Well we had it tough! When I had to learn to spell, I had to chop my own head off, and use the blood from my neck as a Paint pot. Then, using the hair on my head as a brush, I had to daub the word into boiling hot magma.
And the word was floccinaucinihilipilification.
davidshutter

Am I the only one who studied using dinosaurs blood and bones? Like I legit single handedly fought a dinosaur to get the materials. Absence of mobile networks and abundance of organic essential oil made us invincible.
atehate

That’s how we did it in class back in the 80s. If we had been bad in class that day the teacher would make us use poison ivy leaves, and we thought we were lucky!
Cats-Ate-My-Pizza

“Yeah this isn’t a murder. This is a triple homicide with the bodies incinerated.”

If you were wondering where the Reddit users got their inspiration, it’s from this bit of comedy history.