Although everyone’s attention has been on the coronavirus and Black Lives Matter, Brexit negotiations have continued, with some announcements attracting a lot less attention than they would otherwise have done.

There will have to be checks on goods crossing between Britain and Northern Ireland.

What they said before Brexit: 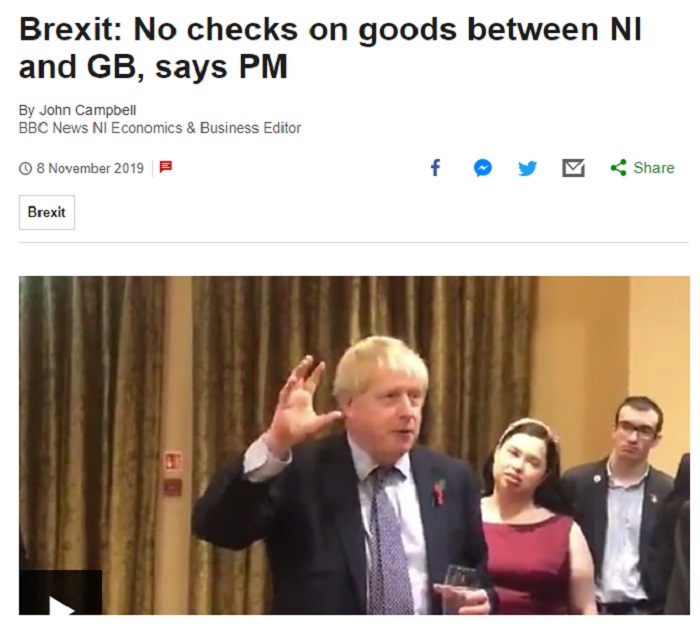 The UK will allow the unlimited import of chlorine-washed chicken.

What they said before Brexit: 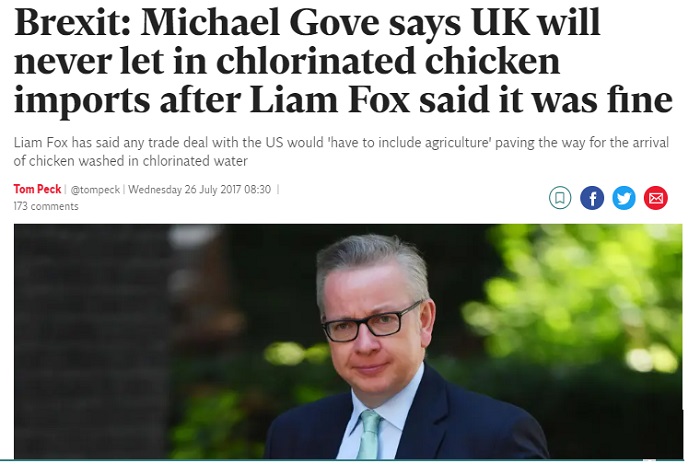 Now, it has emerged that Boris Johnson is unhappy about the deal agreed and signed by *checks notes* Boris Johnson, and wants it changed.

Here’s how die-hard Conservative newspaper, The Sunday Express, reported it.

And this is what Twitter had to say on the matter.

Boris Johnson reopened the Withdrawal Agreement, made it *worse* for the UK, signed it, backed off from what had been agreed, now claims what he signed wasn’t right in the first place. A real details guy pic.twitter.com/XDmMdmpXDJ

This is odd, because I thought it was supposed to be a "fantastic" deal, in which "Brussels had finally admitted defeat", and which had opened a "new chapter in our nation's history". It said so in the Express in January. https://t.co/cwc5VvfRaI https://t.co/R4xOsfopTP

What happened to Boris Johnson's 'oven-ready' Brexit deal that we were told 'was ready to go' when he was seeking re-election? You know – the one that was just like a pie – that could be slammed in an oven…… pic.twitter.com/ifOtodttqQ

There is no way I'm agreeing to a deal as unfair as the fantastic, oven-ready deal that I myself negotiated and got through Parliament. pic.twitter.com/ONZsMsytKp

Which government voted that deal through, again? Who was PM? Can’t recall. https://t.co/7LiszfaLYS

1. Johnson signed this “unfair” deal.
2. Johnson presented this deal as a a triumph he had managed to squeeze out of the EU.
3. Johnson described this deal as “oven ready” and it was the entire basis of the “Get Brexit Done” election slogan. /1 pic.twitter.com/unaEutMlSP

Breaking: Johnson refusing to put the 'oven-ready‘ deal in the oven. Last year‘s stunning victory appears to be this year‘s intolerable humiliation. Hard to keep up. https://t.co/m1U2XUtmfU

Johnson told you he got Brexit done. Now he’s telling you he doesn’t like the Brexit he did.

We’re being governed by a spoilt child. https://t.co/ljKv18LMNI


What about that oven-ready deal, then?