In spite of its own conditions not being met, the government has relaxed lockdown rules with effect from today – Monday.

Households are allowed to mix more freely, schools are reopening for certain year groups, and people who have been shielding may go out again – with conditions.

Although restaurants are still unable to host eat-in customers, they may want to start planning for that eventuality, and these methods adopted in other countries might be a good place to start.

1. The Bar-B-Q Plaza in Thailand chose cardboard dragons because of their mascot, Bar-B-Gon. Sadly, he can’t flambé the dinner. 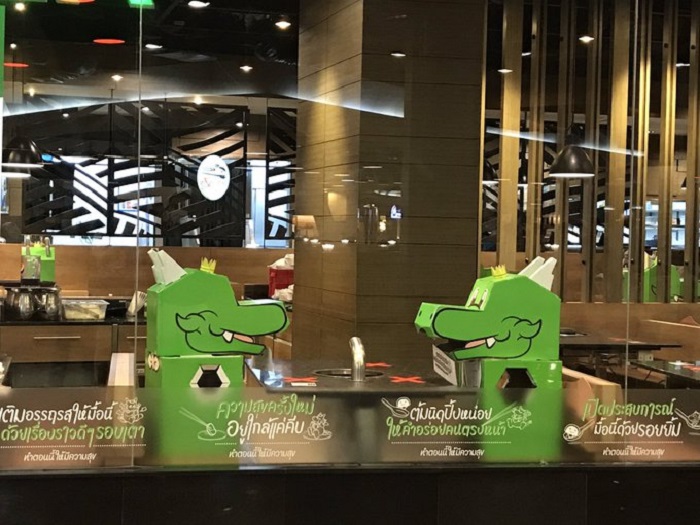 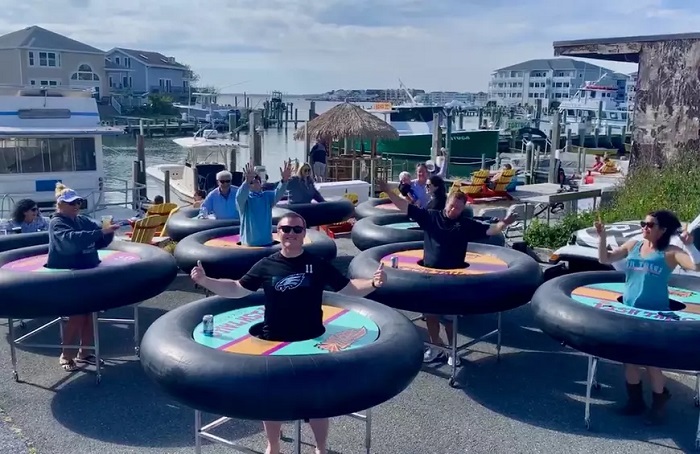 3. Honey Salt in Las Vegas went down the cute route with these oversized bears – but no squishing them, no matter how tempting. 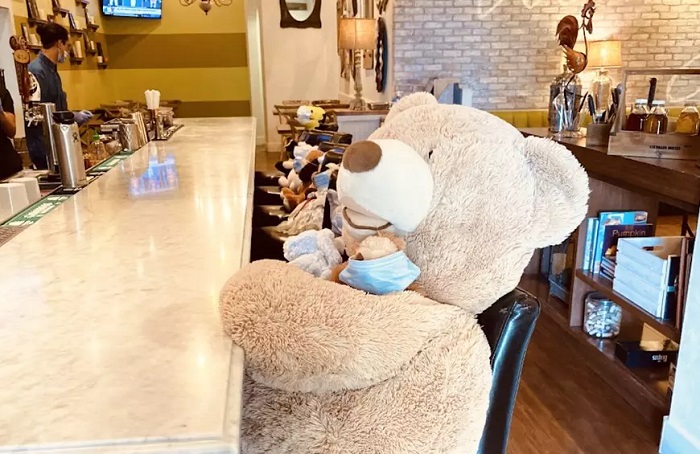 4. The Open Hearth in South Carolina has a gathering of blow-up dolls to fill unavailable seats, in an effort to make the atmosphere a little more normal. Because who doesn’t have dinner with a bunch of inflatable people? 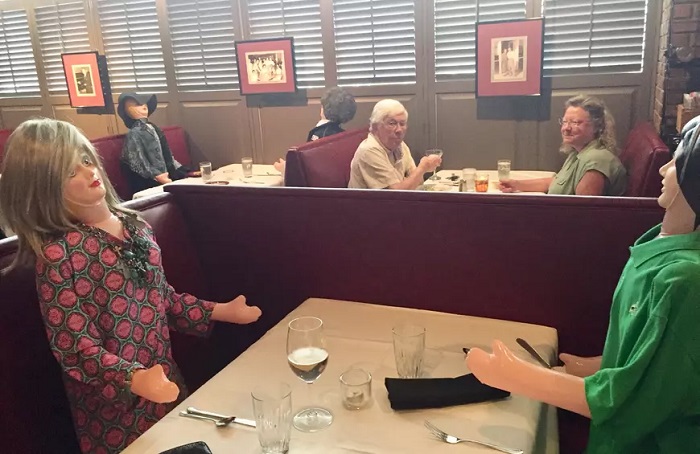 5. The Inn at Little Washington took a similar line with some tastefully dressed mannequins lending a classy – or creepy – air to the restaurant 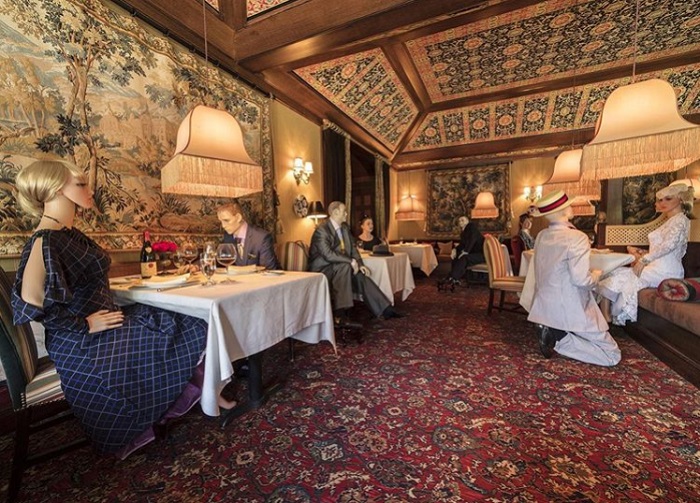 6. These cute pandas may be tempted to order more than bamboo shoots at Maison Saigon in Bangkok. 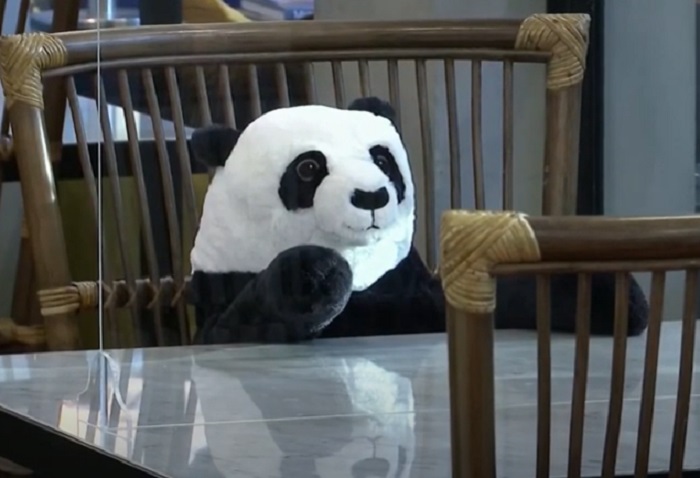 7. Mediamatic Biotoop in Amsterdam put these greenhouses to better use than just growing tulips. That’s what you call a hot date. 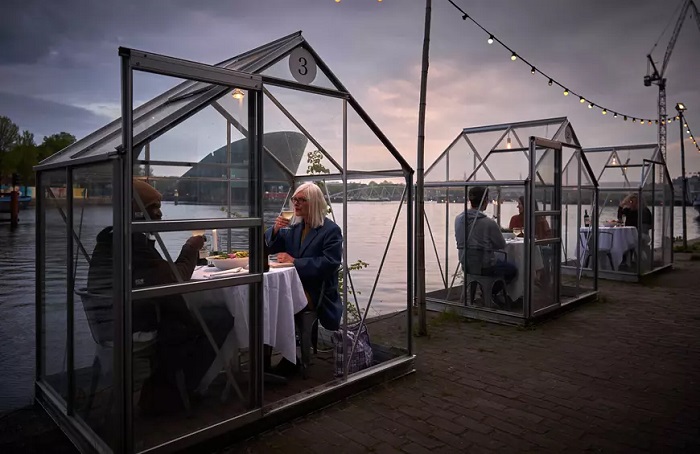 8. Plastic piping and shower curtains form easily cleaned barriers that allow customers to see and talk to one another at Powell’s Steamer Co & Pub in California. 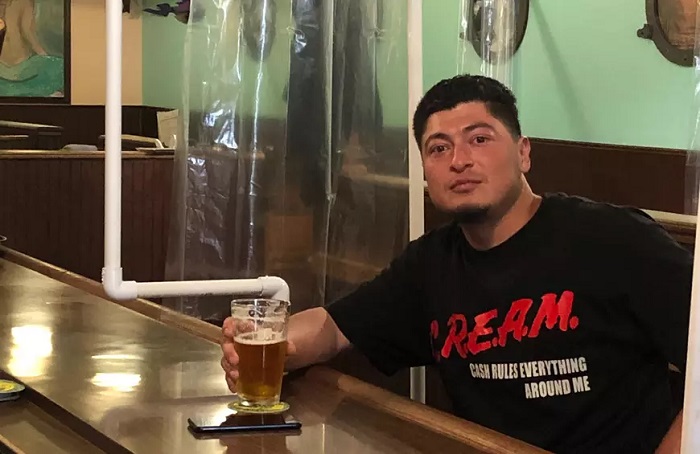 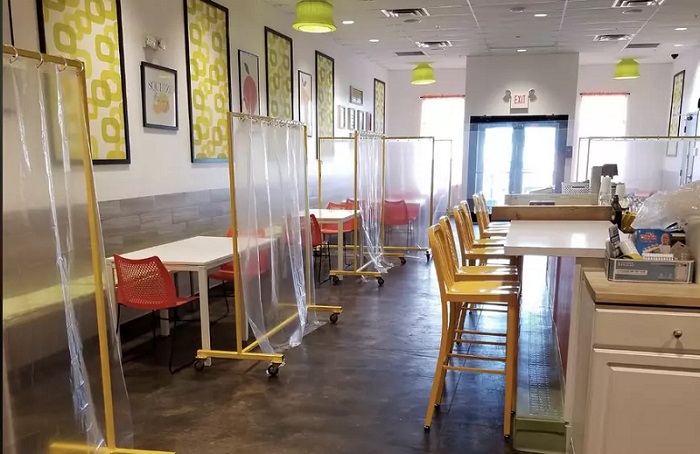 10. Germany’s Burger King restaurants are ensuring their patrons don’t get too close with enormous crowns, which – if we’re being honest – look like sombreros, so they’re also good for keeping you and your burger cool. 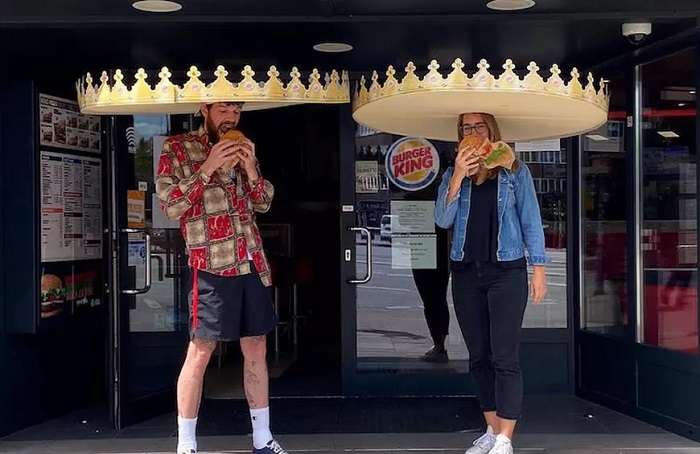 Finally, Harry Caray’s Restaurant Group in Chicago paid tribute to the legendary sportscaster whose name graces the chain by placing cardboard cut-outs of the man himself in the spaces that are out of bounds. 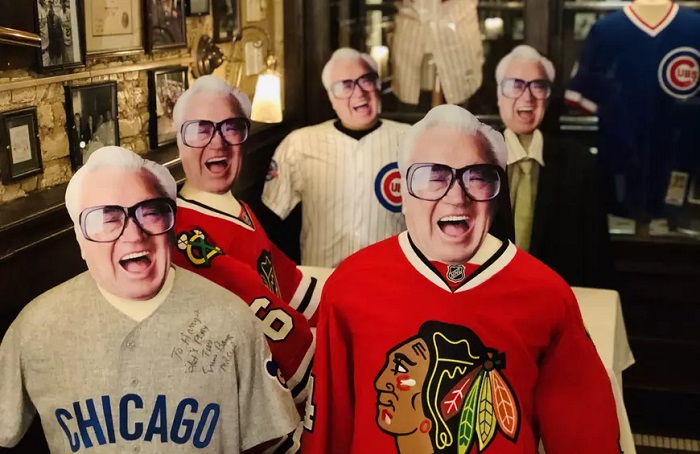 British restaurants might want to opt for Gary Lineker.