There’s nothing like trying to ban something to make sure that as many people see it as possible.

We only say this after Donald Trump’s re-election campaign tried to pull this cartoon from online retailer Redbubble earlier this month, reports the Guardian.

It’s by Pulitzer-winning cartoonist Nick Anderson and very good it is too. 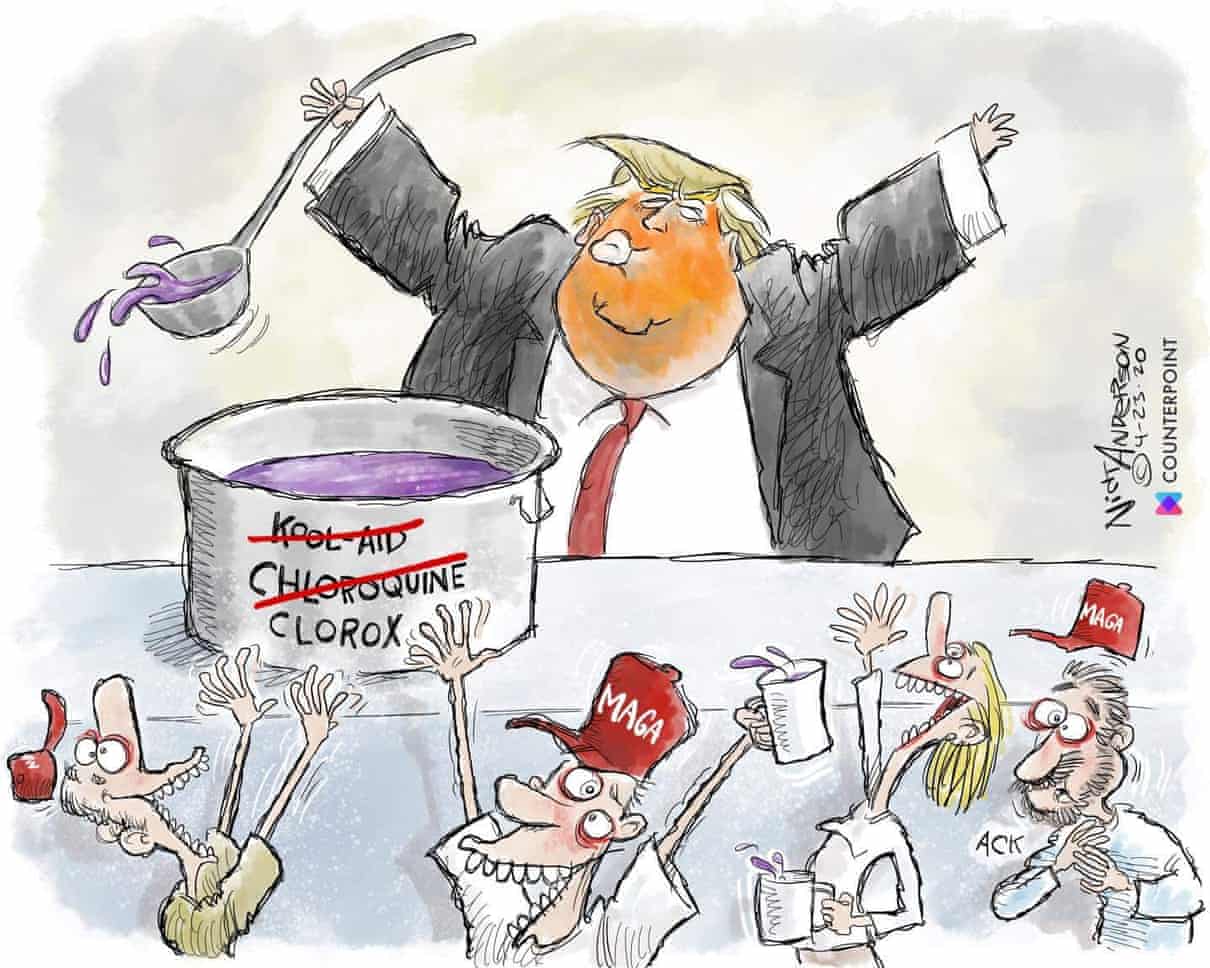 Anderson described Trump as an “adolescent wannabe authoritarian” after the so-called president’s re-election campaign complained about his cartoon, apparently on the basis of trademark infringement.

We live in a strange time when the #POTUS can falsely accuse someone of murder with impunity (violating @Twitter's terms of service), while at the same time bully a private business into removing content it doesn't like. #Orwellian @JoeNBC @jaketapper https://t.co/jfrKjbqaFc

It was pulled by Redbubble but later reinstated.

We’re pleased to say that your artwork has been reinstated. We strive to respect IP rights and freedom of speech, but we sometimes make mistakes, as we did here. We’re sorry for any inconvenience this has caused.

Definitely belongs on a mask:https://t.co/Qb9mRpGMs5