Neil Ferguson, the professor who’s been advising Boris Johnson on the UK’s coronavirus strategy, has quit his role after breaking the government’s own isolation rules.

Ferguson stepped down after the Telegraph reported that a woman said to be his lover had visited him at his London home not, presumably, to drop off some toilet rolls and a bottle of hand sanitiser.

And these are the only 5 responses you need.

Oh the irony of being fired by Boris Johnson for having sex with somebody else’s wife pic.twitter.com/iI1RtXKkA1

We were concerned that when we hit the highest death rates in Europe it would be all over the front pages of every newspaper.
So big thanks to The Telegraph for saving the Neil Ferguson story up until yesterday.

Quite astonishing the way Neil Ferguson was thrown under a bus to ensure yesterday's real headline news – the UK having more #COVID19 deaths than any other country in Europe – no longer dominates the front pages.

I thought they might use baby pictures to keep the death rate off the front pages today, which I realise is pretty cynical. Now I’m wondering how long the Telegraph had been sitting on the Ferguson story. Again, public health seems a much lower priority than public relations.

On the day the UK becomes the country with the highest coronavirus death toll in Europe, here's what most of the front pages look like. pic.twitter.com/yeixE0TKS7

To conclude, ‘One thing here is meant to distract from the other,’ said @ARMilani_ … 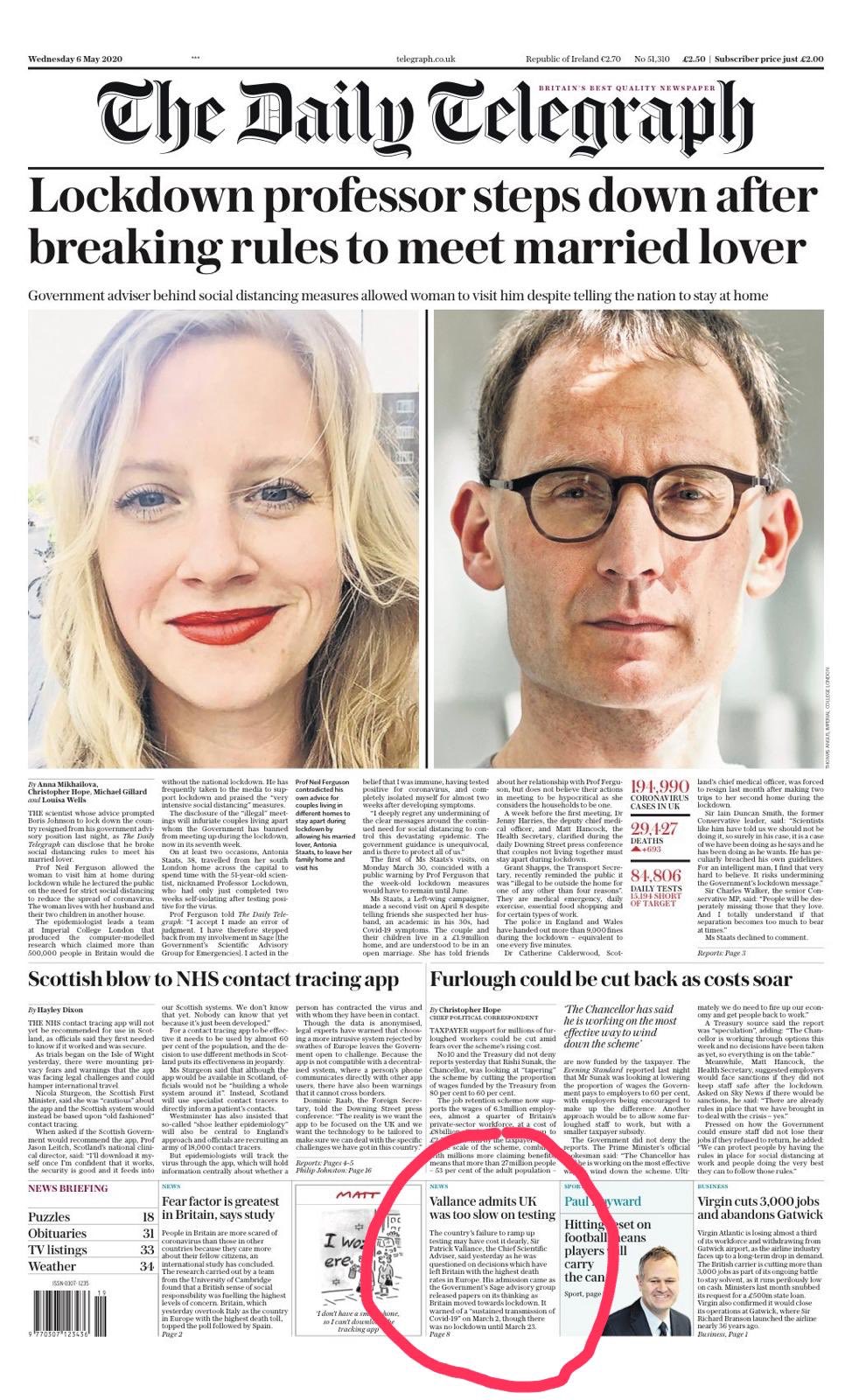 … although not every paper put the stories in that order.

I think we should all be told what Neil Ferguson has on his bookshelves.