To be filed under ‘restores your faith in humanity at occasionally testing times’ comes this, a rather lovely and very clever way of making sure someone found their lost their key.

‘Friend’s sister lost her car key while jogging, someone else made sure she found it,’ said u/Majestic_Beard over on Reddit. 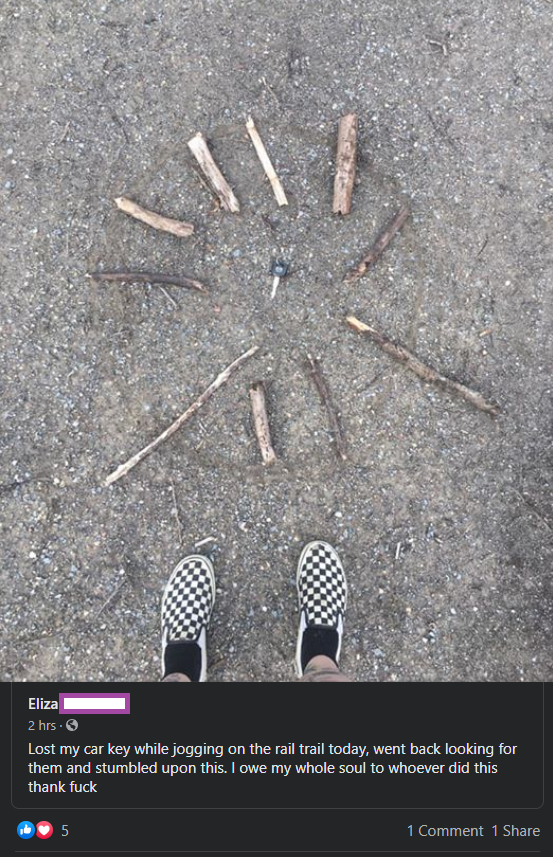 ‘Jokes on her, next time she tries to start the car she’ll summon C’ŕułłæ the eldritch lord of Tøýýœţathöň.’ windingtime

‘I have found things in the woods and placed the items in highly visible places with rocks around the object that I believe someone would be looking for. I went back shortly after finding a camera card that I highlighted with a rock circle and the person made a rock thumbs up from those rocks. I found a camera and hung it from a limb and made stick arrows pointing at it. It was gone on my following visit.’ LurkinLark

Lost/Found Cat Of The Day

Statistic of the week