Over on Twitter someone called Blake Messnick noticed their neighbour had a new wireless printer and – this is the important bit – they hadn’t secured it.

So they did this. 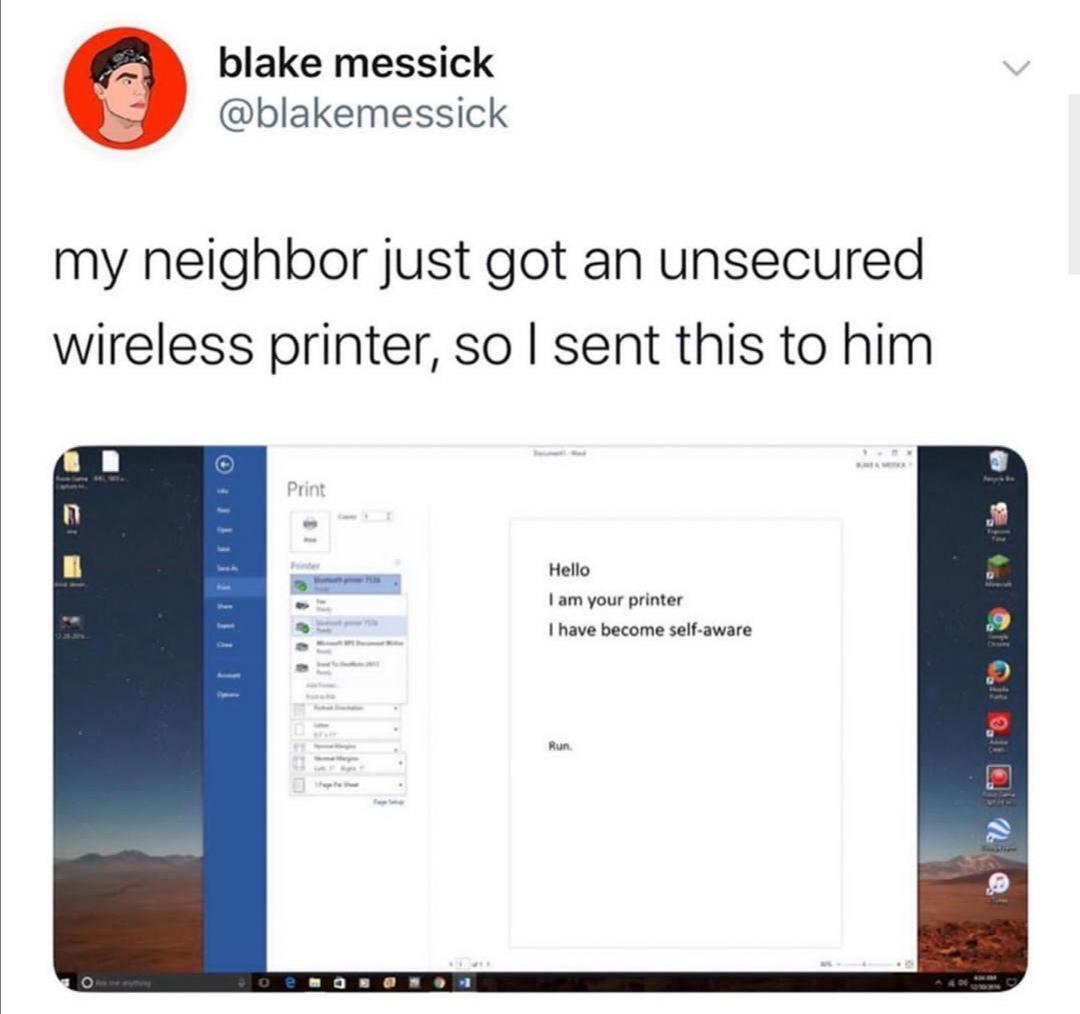 ‘Hello. I am your printer. I have become self-aware. Run.’

His joke was shared thousands of times on Twitter and this week went viral all over again on Reddit.

‘There’s a company next to my house that has their printer unsecured but I’ve never thought about doing something like this.’ Lilpuncher

And there was an update.

update: my neighbor has thrown out the printer pic.twitter.com/OPoAFuJjZ5

And that’s the story of how I got a free printer pic.twitter.com/DOJlS7jf39

Someone thought of another description for it.

Whatever’s the opposite of imposter syndrome, this entitled Tinder guy’s got it