In today’s episode of ‘people trying to get something for nothing’ comes Brian who wants to hire ‘JB’ for a big night he’s organising.

Only thing is he can’t afford to pay them, but there will be some ‘drinks and food’.

But when the tables were turned on him it’s fair to say it didn’t go down so well. 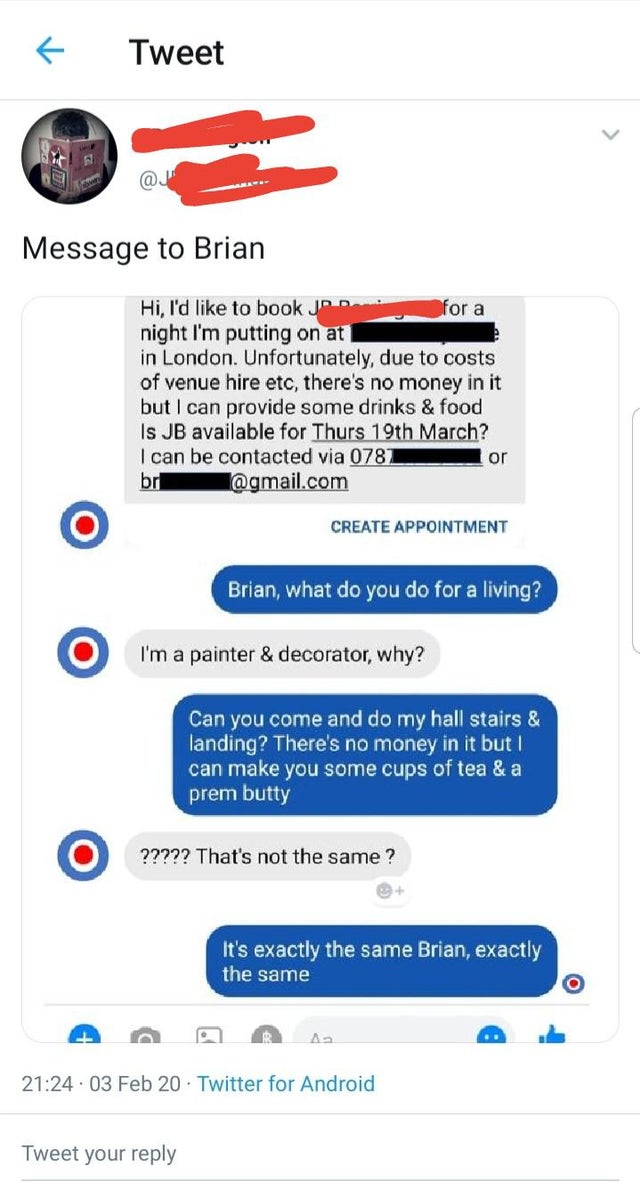 And fellow Redditor Hashonyx had an even better idea.

‘I’d like to point out that offering a trade of “hey I can’t pay in money but I’m a painter so if you’ve got something you need painted I’ll take care of it!!” Is so much better than offering exposure or just some snacks you have on hand.’