It’s not often burns manage to be both this subtle and this brutal.

‘Murdered by the Word of God,’ writes vsasso over on Reddit and you know what? They’re not kidding. 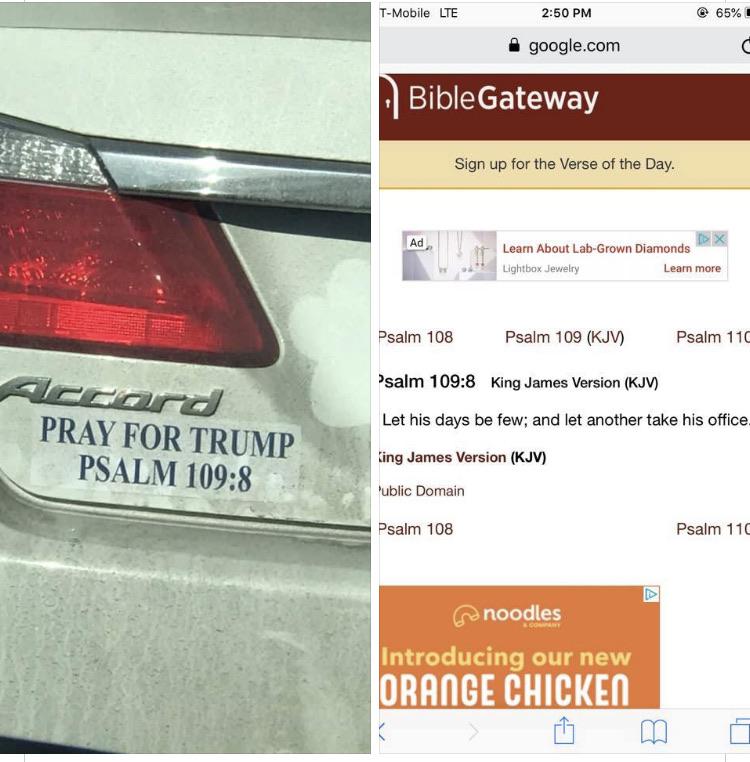 And just in case, like us, you’ve not been keeping up with your bible studies, it turns out it gets more brutal the further you go.

‘May a creditor seize all he has; may strangers plunder the fruits of his Labor. May no one extend kindness to him or take pity on his fatherless children. May his descendants be cut off, their names blotted out from the next generation.

‘May the iniquity of his fathers be remembered before the LORD; may the sin of his mother never be blotted out. May their sins always remain before the Lord, that he may cut off the memory of them from the earth. For he never thought of doing a kindness, but hounded to death the poor and the needy and the brokenhearted.

‘He loved to pronounce a curse– may it come on him; he found no pleasure in blessing– may it be far from him. He wore cursing as his garment; it entered into his body like water, into his bones like oil. May it be like a cloak wrapped about him, like a belt tied forever around him.’

Anyway, you get the idea.

Only problem was it’ll be lost on some Trump lovers who assume it’s just a pro-Trump thing.

‘So you give these stickers out for free. People will put them on their cars because they say Pray for trump without checking the passage. So then you have to decide if a person has it on their bumper knowing or unknowingly.’ vidmaster7

‘You’d have to hope knowingly, and they get it… then again, some Trump supporters aren’t the brightest bulbs in the box to begin with.’ GhostOfAnOldUsername

But the ones who get it, well, they’ll really get it.

Ivanka Trump takedown of the week