Facepalm of the week goes to all these people – every single one of them – who said this woman’s weight loss pics must be faked because her tattoos switch from one shoulder to another.

Except, well, have a look for yourself. 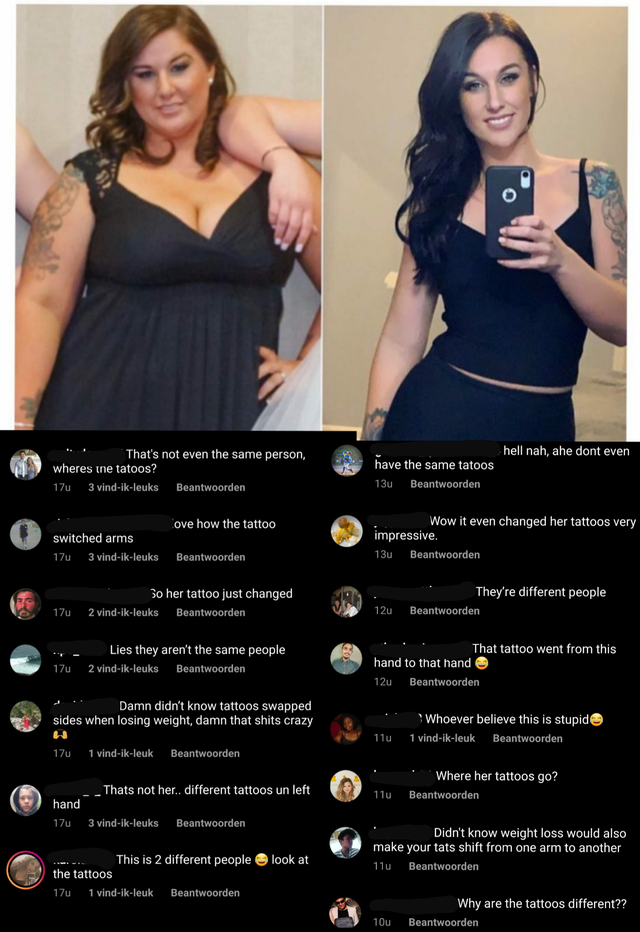 Just in case that’s tricky to read, here’s a representative sample of those comments.

‘This is 2 different people. Look at the tattoos.’

‘Whoever believes this is stupid.’

We can’t do any better than Redditor Calamity__ who shared the picture and said this about it,.

‘Literally no one noticed that one pic is taken in front of a mirror. I have no words.’

‘It’s obviously the same face, these people are stupid.’ t3h_b0ss

‘Not the first and probably not the last time I’ve seen people claim two photos can’t be of the same person because one is a mirror image. Mirrors really confuse some people as if they had never even heard of them before.’ kasdap

‘Those people blinded by hate.’ dueytk

Facepalm of the week (not this one, a different one)