The Times had a helpful graphic illustrating how Boris Johnson’s mooted bridge linking Scotland and Northern Ireland might look and work in practice.

Over on Twitter @christhebarker took the map and made it just a little bit – actually quite a lot – more honest and it’s the only explanation of the ‘project’ you’ll ever need. You’ll have to zoom in but it’s well worth it. 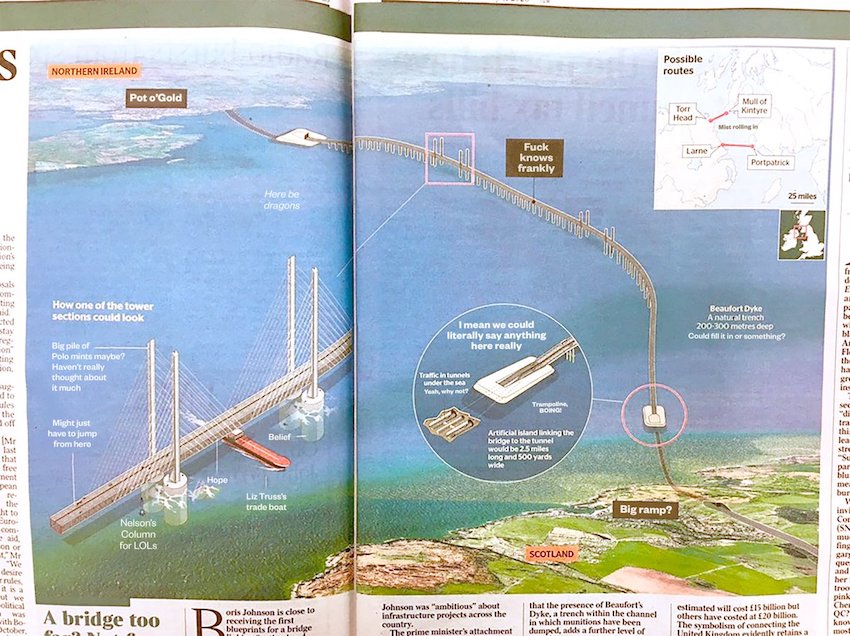 And you’ll find lots more from @christhebarker on Twitter here.