John Lewis recently got a new boss, you might have read, former Ofcom chief executive Sharon White. And if you’re interested in finding out more about her extraordinary career before then, you can read all about it here.

Anyway, there was one set of people who are distinctly unimpressed by her appointment, as highlighted by @DMReporter on Twitter, who had this to say about it.

‘LOOK: At some point we’re going to have to address the embedded racism that exists among a large percentage of the Daily Mail readership. Case in point; here they are triggered into fury over the suggestion that a black woman could get a job without political correctness.’ 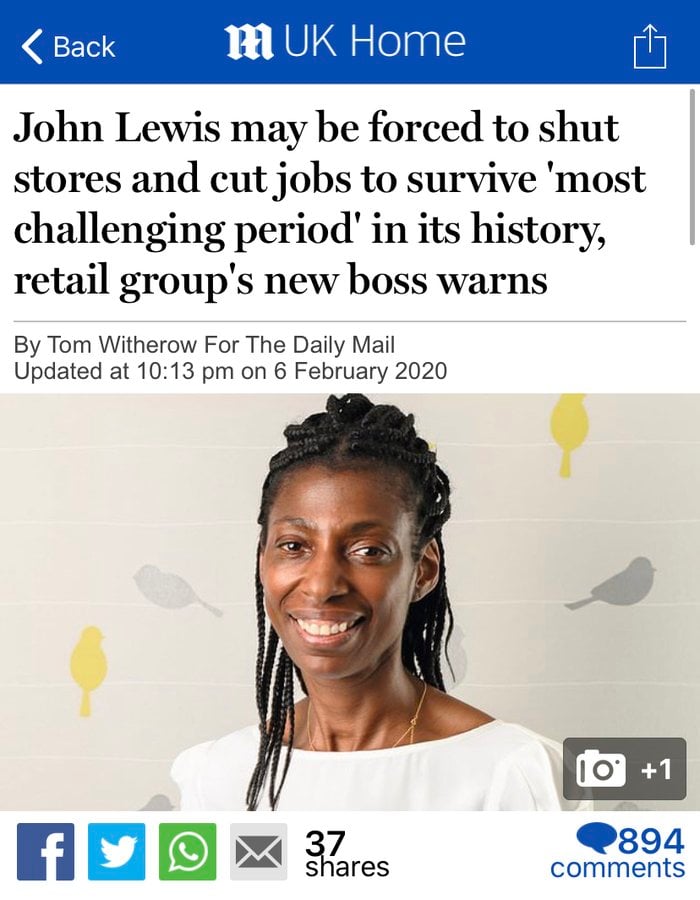 And no matter how much you think you know what they’re going to say (and you’d be right) it will never cease to shock. 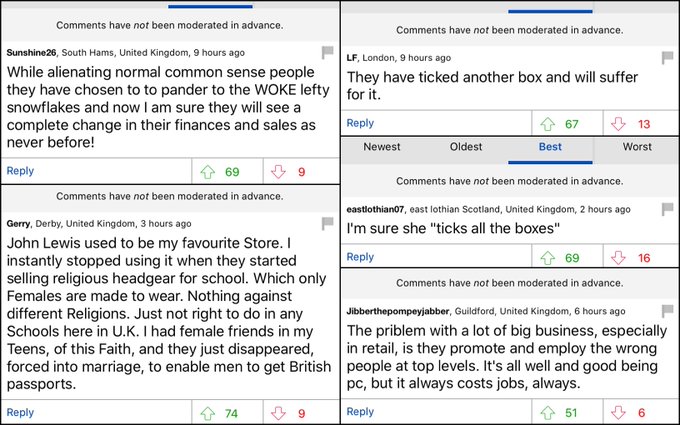 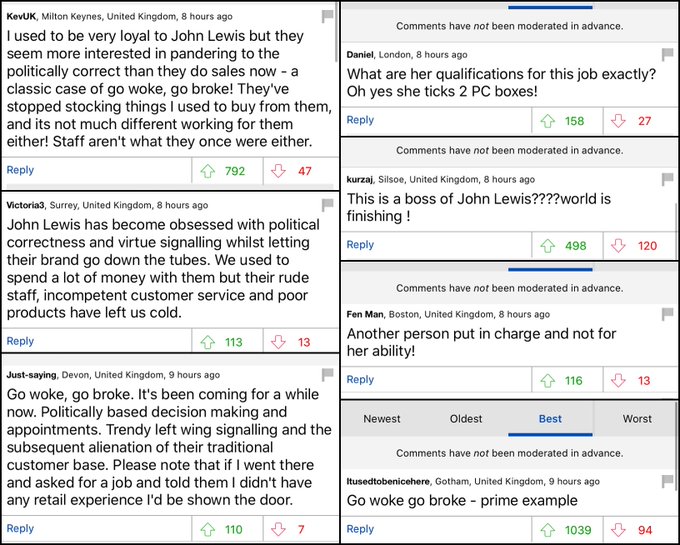 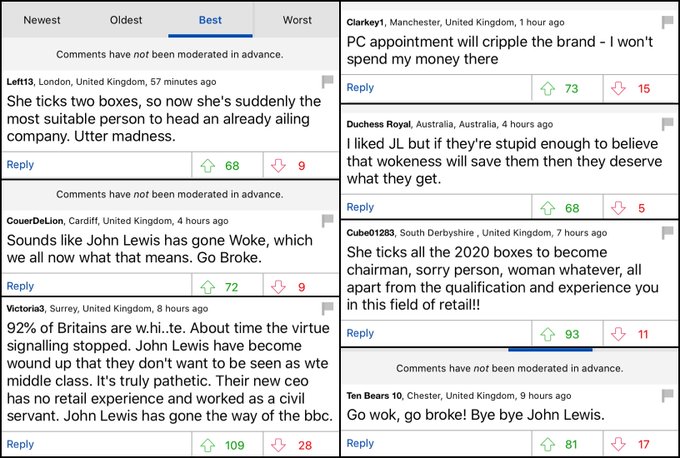 And just a few of the things people said in response to @DMReporter’s tweet.

She is an excellent leader. She has a brilliant brain. She has vast experience and has worked her socks off to get to where she is. The racism of DM readers breaks my heart.

Indeed. Came across her briefly in Civil Service: her reputation was formidable (1st black Treasury Permanent Secretary & only 2nd woman) but also very visibly & obviously a people person. She’s conquered every challenge she’s faced since going from Leyton to Cambridge.

The person saying 92% of the UK are wh.i.te, because it suits his argument here, probably spends half of his time claiming that the wh.i.te.s will be a minority in the next 10 years.

I see them in my village shop each day, normal, personable, middle class people, buying the #DailyMail. They think it is interesting & reports the news fairly, but have no idea about the bigotry that it is insidiously planting in their minds. That newspaper is killing democracy.

Doesn’t appear too under-qualified to me… pic.twitter.com/poubPPpvIq

If you read only one Daily Mail reader comment about Harry and Meghan, make it this one