This dad got a tattoo of the scar left by surgery on his baby son so that they’ll both have the same thing when he grows up.

‘Dad is gonna be a bro for life,’ writes eternalrefuge86 over on Reddit. 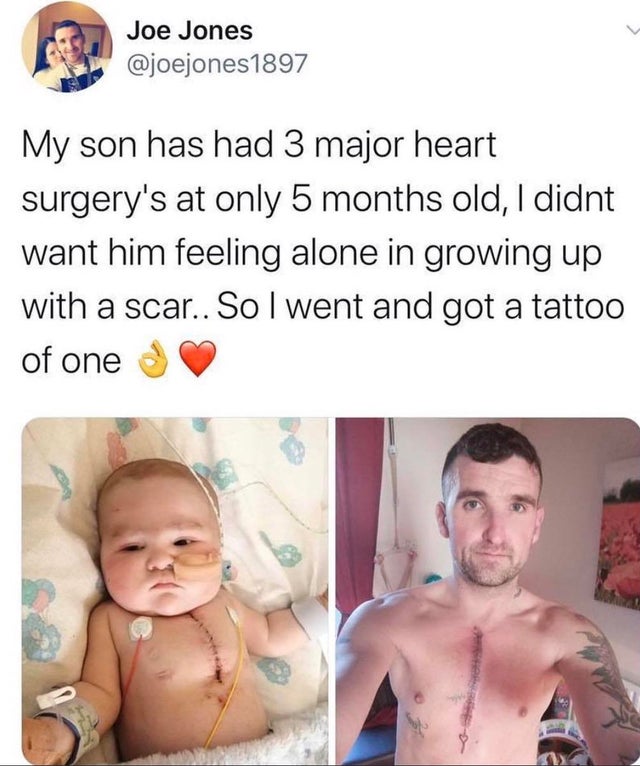 And it rapidly went viral and prompted lots and lots of comments.

‘I have that scar. It really has been a conversation piece. I had surgery at a month and 3 months.’ vainsandsmiling

‘Bruh my son is 2 and this just about destroyed me at work. I remember seeing something similar a few years ago and just thinking “aw man that’s nice”. Now I’m just like holy fuck I can’t handle it.’ SomebodyHelpMePles

‘Flash to the future when his son has a tiny barely visible scar. Still cool.’ Strummer95

This dad takes hilarious pictures of his “advanced” baby

next story
Breaking News: This viral video of cheese in a 'chocolate fountain' is hilariously disastrous