You’ll probably have seen the moment House speaker Nancy Pelosi showed her disdain for Donald Trump by ripping up her copy of his state of the union address after he refused to shake her hand.

And we’re glad he did because this comeback – about his own behaviour when he was in the job – was 10/10. 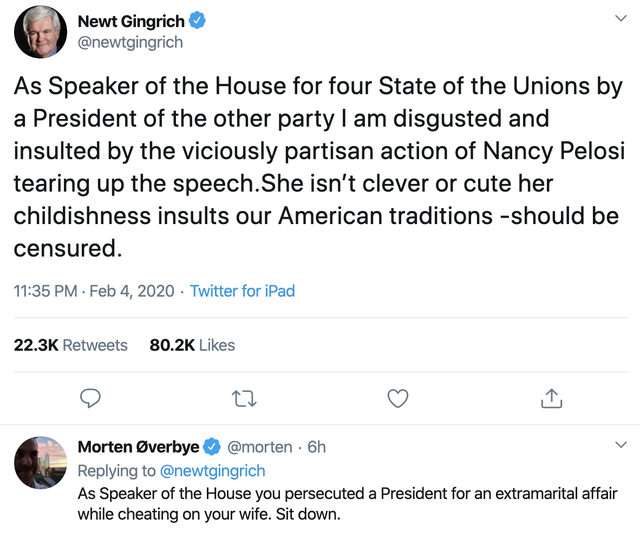 Just in case you don’t remember, here’s what Gingrich said about that time in his life.

“There are things in my own life that I have gotten on my knees and turned to God and prayed about,” Gingrich said in a radio interview back in the day.

Maybe he can ask God to delete that tweet.

‘Anytime Newt sticks his head up out from under his rock, the fact that he cheated on his dying wife while lambasting Clinton for cheating on his (Clinton’s) wife, should be tossed right in his face.’ AuthorityAnarchyYes

‘Congrats – you played yourself.’ salawm

Stupid Criminals of the Week Award