Question of the week – well, not so much the question as the answer – goes to this person who asked ‘Parents of Reddit, why don’t you close the door when you’re leaving our rooms?’

And this NSFW answer – pretty safe to assume it’s from the parent of a teenage son – went viral because, well, have a read for yourself. 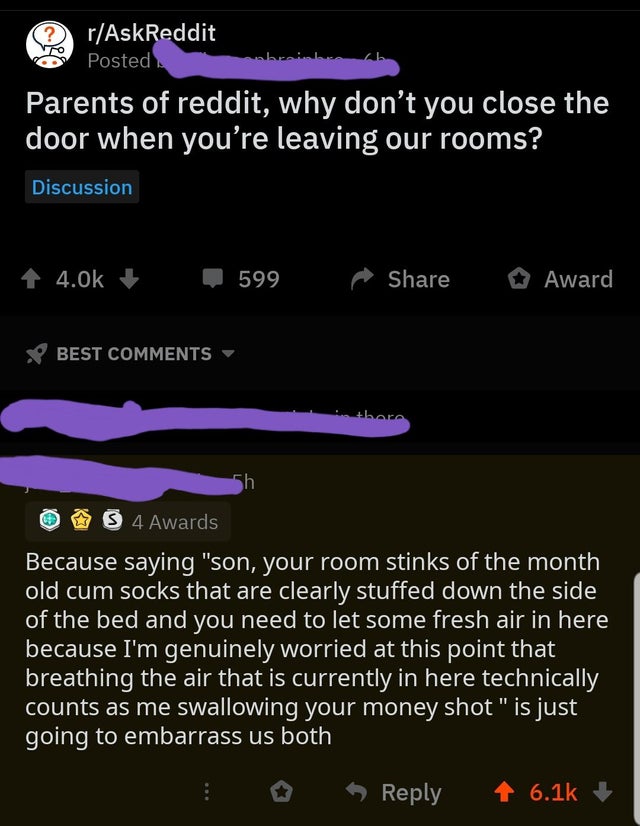 ‘Holy hell! Call the morgue,’ said Cracked_and_breaking who shared it – where else? – on Reddit.

And just some of the comments it prompted.

‘I don’t think I was ready for that comment.’ Kitmosaurus

‘So this is the type of stuff I’ll be looking forward to in motherhood.’ futuresurgeon25

next story
Breaking News: Priti Patel wants the Navy AND FRANCE to keep the Channel free of migrants - 9 great comebacks