It’s not only one way of making sure people pay their bills, it’s the best way. Helps if you’re a painter and decorator, though.

‘A disgruntled painter and decorator who claims he is owed £500 for his work has taken revenge – by leaving a message on the side of an old pub he had worked on,’ wrote GallowBoob on Reddit.

And here he is. 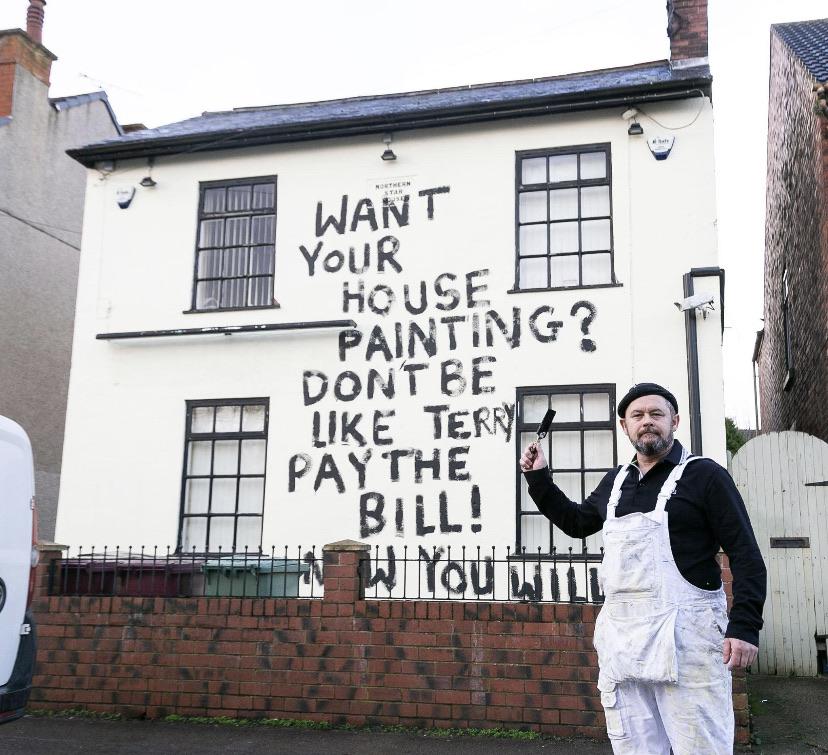 ‘This reminds me of a story. My family owns a company that builds custom doors for wealthy people. Usually my parents collect the money owed before delivering and installing the doors, but for whatever reason didn’t this time. After the door was installed, the homeowner refused to pay saying it was the builder’s responsibility. \

‘The builder said it was the homeowner’s responsibility. My parents went back and forth for weeks. Then they both stopped responding entirely, so my father snuck on the property, went and took the door off its hinges and brought it back to the shop. This might have not been legal (trespassing and all) but they got a check the same week.’ dasuberkaty

‘Something similar. A company I worked for made software for small businesses and we delivered the product to the client. Once delivered they cut off all communication with us and wouldn’t respond to our requests for payment. ]

‘We still had remote access to their servers so we just deleted it. They remitted payment almost immediately.’ WayneKrane

‘I first met an uncle of my wife’s and I asked him what he did for a living, he told me that he was a painter and that he painted houses. For some reason my brain broke and I asked him if he had any of his paintings in exhibitions around town…

‘He gave a hearty laugh and told me “That’s funny! Good one man!” And I just went with it. Now he thinks I’m a bit of a joker when in reality I’m just an idiot.’ MoneyCantBuyMeLove