The Literary Review’s Bad Sex award has been going for some time now and was founded to draw attention to “the poorly written, redundant, or downright cringeworthy passages of sexual description in modern fiction”.

We only mention this because a nominee from 2014 has suddenly gone viral all over again and it really is the best bad sex we’ve ever read.

The worst thing about it might be that it didn’t actually win.

It went viral after it was shared by @EffiMai on Twitter and, well, have a read of this. 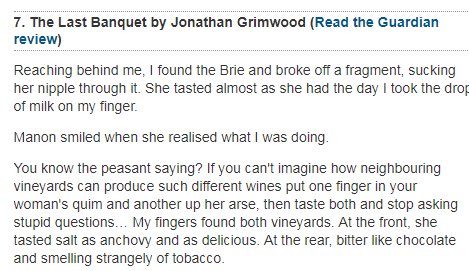 Author Jonathan Grimwood wasn’t happy about being nominated, however, and the good news about his extraordinary prose is it did give rise to the greatest headline ever. 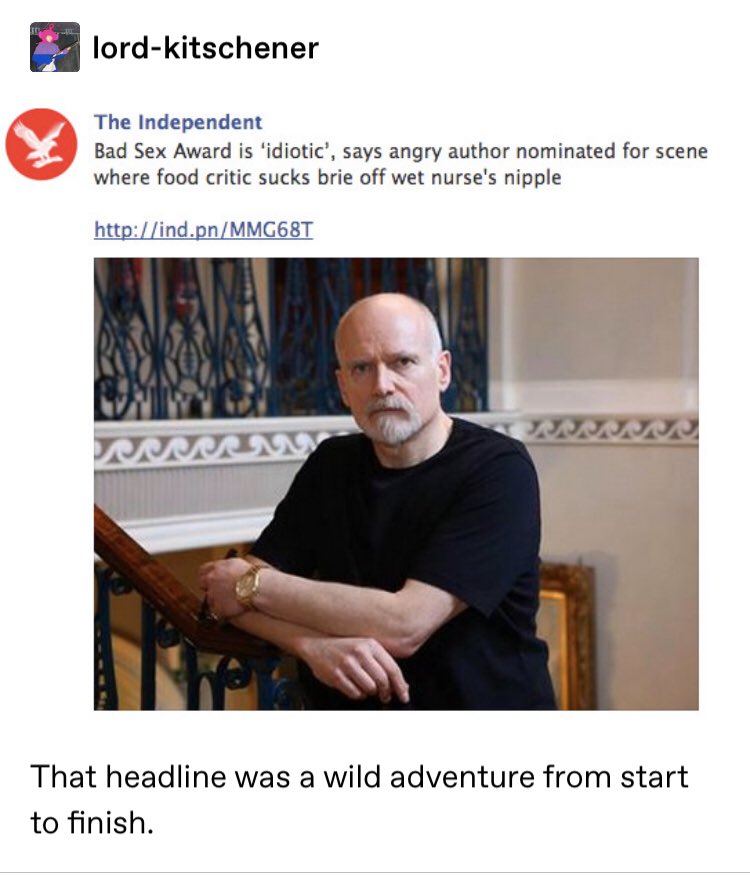 And just a few of the things people were saying about it on Twitter.

What a terrible day to know how to read

What’s always made me angry about this is not the vineyards or even ‘quim’, but the notion that it’s possible to ‘break off a fragment’ of Brie

Very much this. I don’t think the author has ever had Brie. Or sex, for that matter.

Well, I can never enjoy brie, milk, chocolate, or tobacco ever again…

wait is *this* the new Weight Watchers???

Language didn’t spend all those years evolving so he could do this.