‘Promptly blocked after this,’ writes CouchTomato212 over on Reddit.

A guy called Rob who judged this woman on her photo so she did something similar and it doesn’t end well. 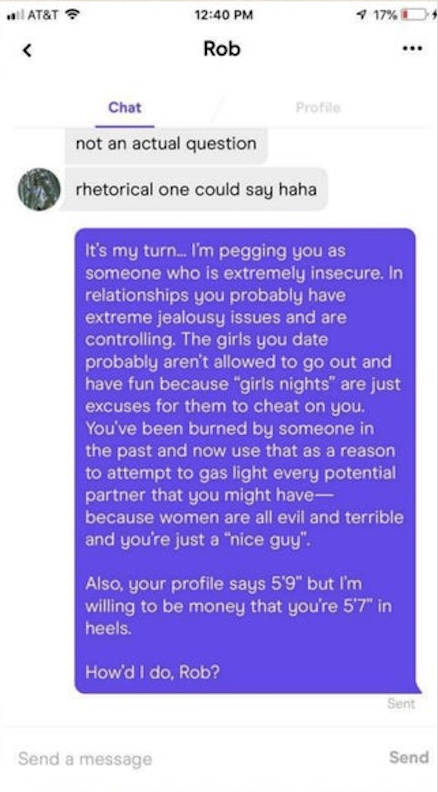