Self-own of the week goes to this person who insists they are ‘not an anti-vaxxer’. And it turns out this is much closer to the truth than they think it is. 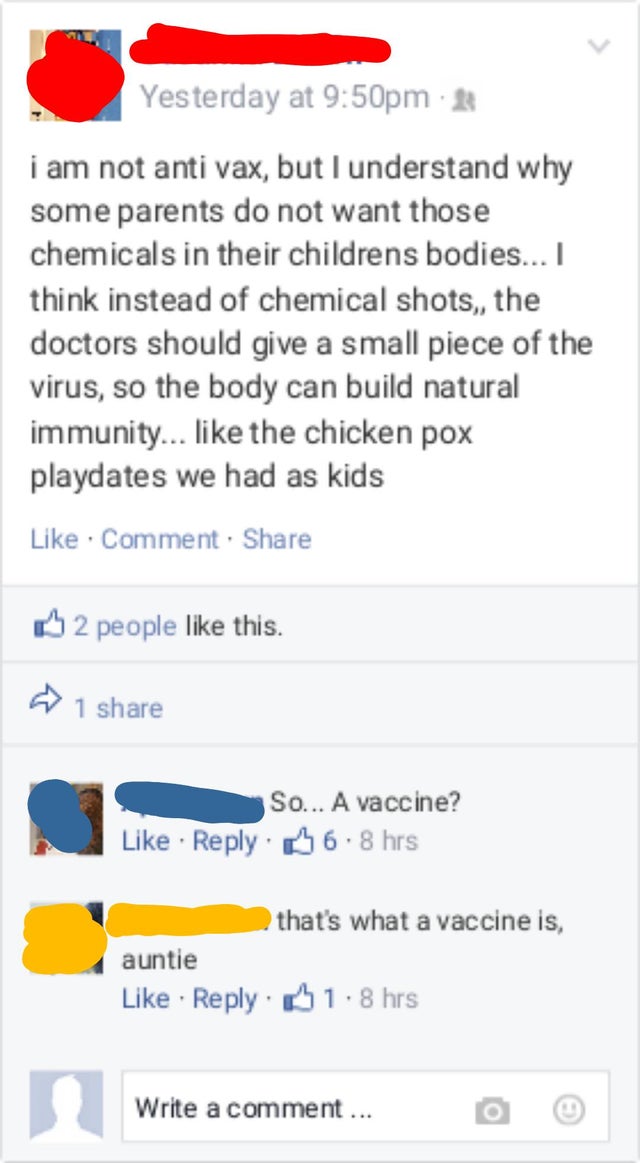 ‘This reminds me of when my aunt complained about my cousin being vaccinated. Her first three kids weren’t, and all had chicken pox. When the fourth was born, she was “tricked” into vaccinating him. She took him to chicken pox playdates, but he never got sick. Somehow, she saw this as a bad thing and still worries about his safety.’ FueledByFlan

‘It’s crazy. They think that somehow you’re cheating and not getting immune by not developing them “naturally”.’ Lampmonster

‘Make sure you tell her about other chemicals to avoid. Like water.’ Sinthe741