This bride got the fear after she stepped in to ban her cousin from announcing her engagement at her wedding because she didn’t want anything to detract from her big day.

Now she’s worried that she might have done the wrong thing so she went to the place people always go when they have this kind of moral dilemma. 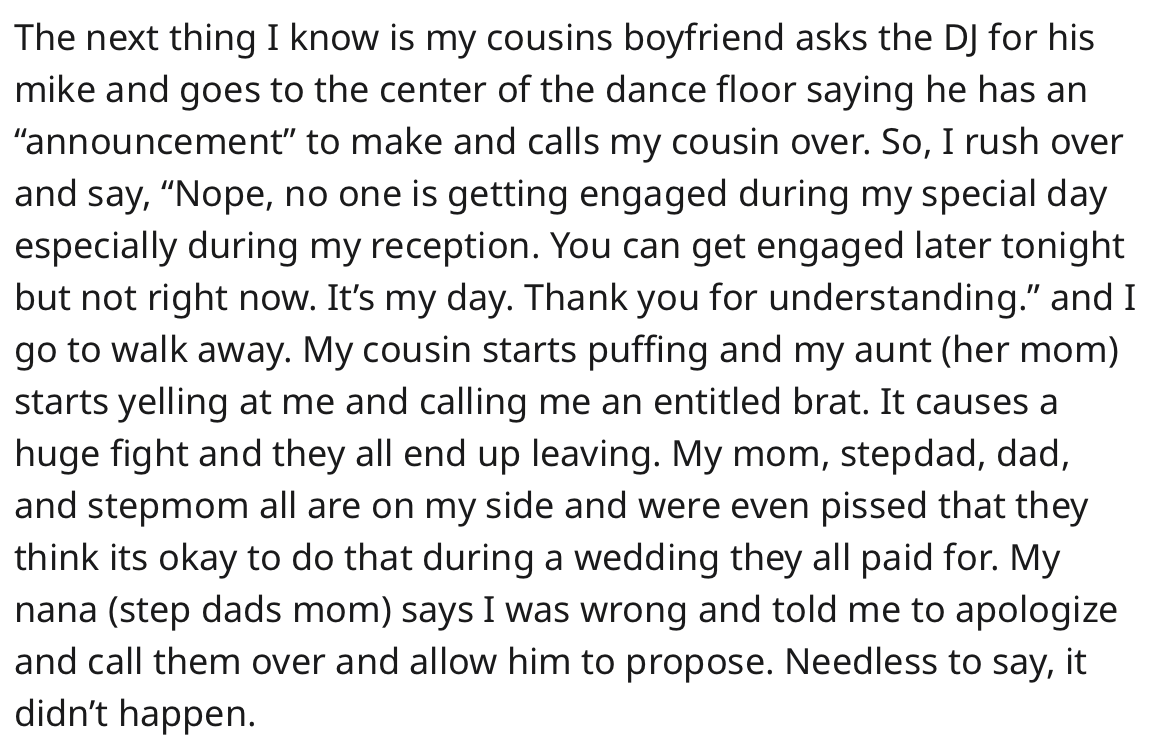 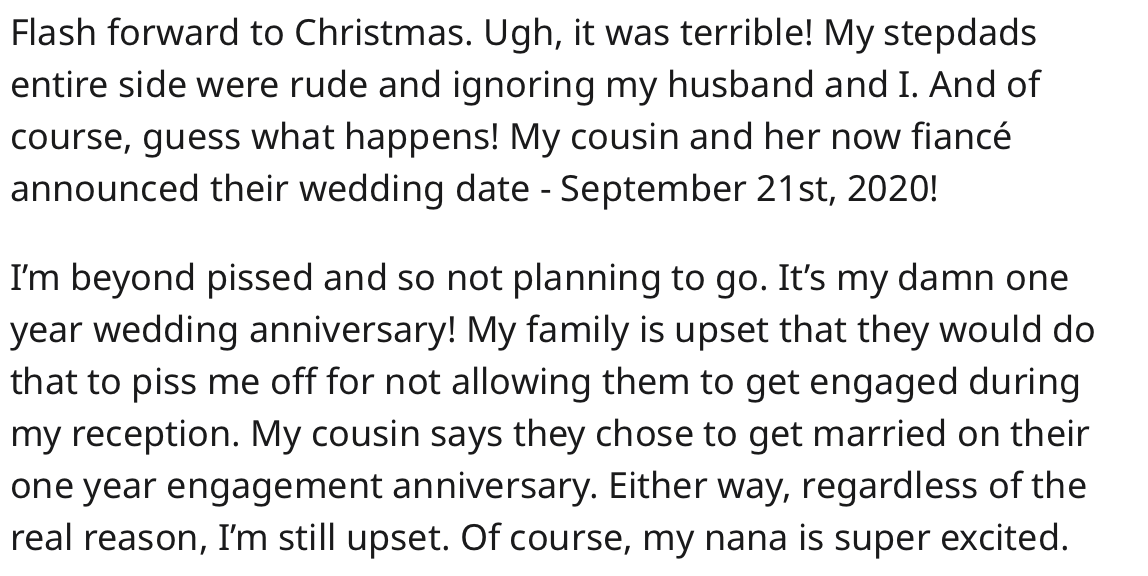 And it turned out she need not have worried because in response to her question AITA – ‘Am I The Asshole?’ – the pretty much unanimous response was ‘No’.

‘You don’t get to hijack someone else’s event to make it your event. And wtf kind of do thinks this is ok??? As it’s your anniversary you will be otherwise occupied.’ AnarchoNAP

‘It was your day! Incredibly rude! Furthermore, he should have asked you first and you could have politely said no, saving any embarrassment. Morons.’ PartyCat78

‘That is EXTREMELY tacky of someone to do!!!! To propose at your wedding? Holy crap. Your family is AWFUL. This person isn’t even someone you know!! And they didn’t even ASK you, he just DID it?!?!?! JESUS Trash. Your nana sucks.’ zukka924

next story
Breaking News: Bernie Sanders wins the meme award hands down by selling it as a charity sweatshirt