This driver thought he was doing the decent thing by tweeting police with this picture of what he assumed might be dubious driving on behalf of this lorry driver.

And the police responded to confirm that yes, indeed, it was illegal. Just not in the way he was expecting. 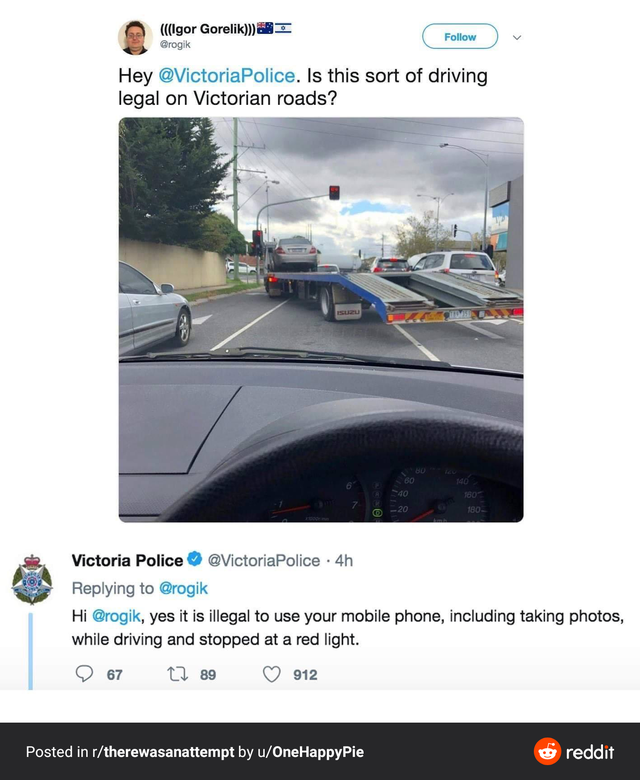 Arresting stuff. (But what about the lorry driver, though?)