You’ll be familiar with the idea of ‘adopting’ an animal, from a cute fluffy thing at your local zoo to something less cuddly and much further away.

Less familiar, at least among people who have reached adulthood, is the perception that if you ‘adopt’ one of these animals you actually, you know, adopt them.

So imagine this woman’s disappointment when she found out that wasn’t true. 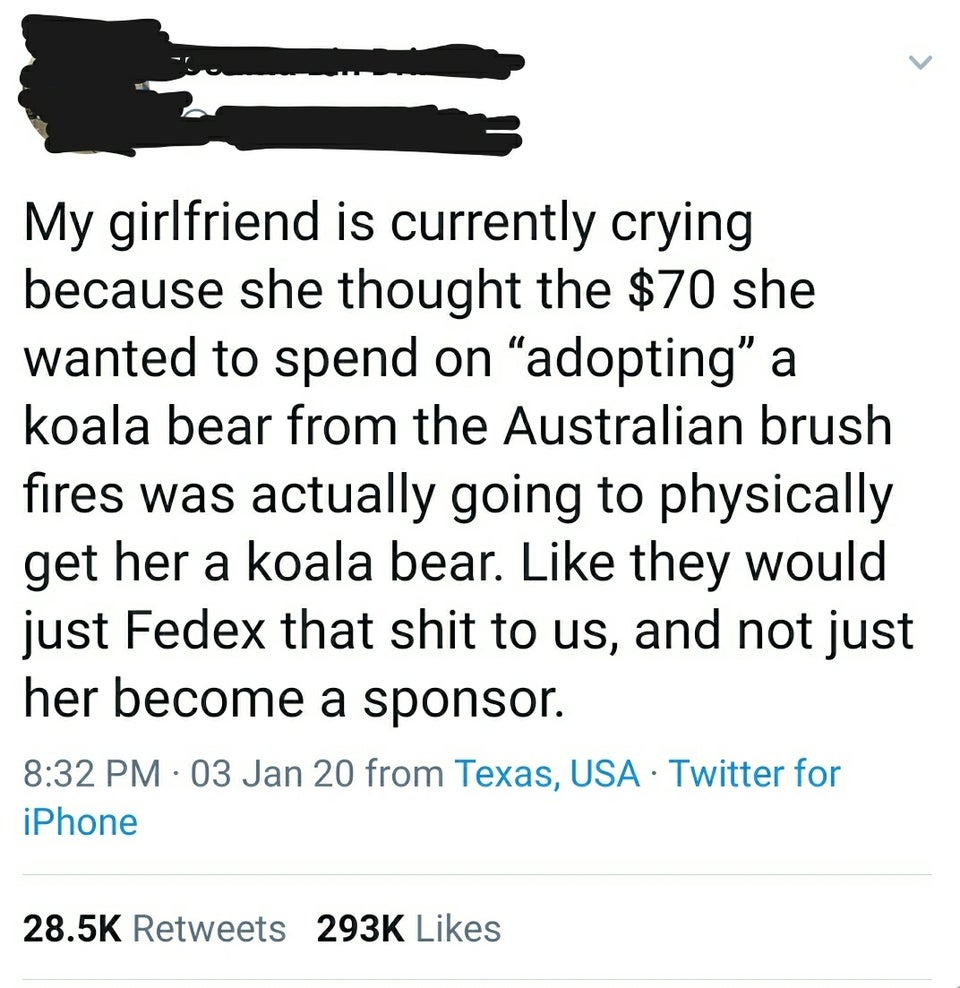 Bunbasaur: ‘I’m hoping she was super drunk otherwise I can only assume your girlfriend is about 7 years old.’

MisterEd_ak: ‘I don’t think you are koalafied to keep one as a pet.’

It’s probably for the best.

randoman99: ‘You do not want a koala for a pet. They may look cuddly, but they’re wild animals. They also require a very specific diet, so unless you’re an expert you’d probably just end up killing the poor thing. If you’re lucky, before it chews your finger off. And if that’s not enough, they’re a protected species, so it’s illegal to keep one as a pet.’

Just to confirm in case anyone is still in doubt …

adriannaallison: ‘World Wildlife Federation does a donation program where you pick the animal you want to adopt. Your donation goes to help the type of animal you chose. They send you a little book about the animal, and a stuffed toy version of the animal. My son got one for his girlfriend for Valentine’s one year and it even came with chocolates. Might be the closest she can get since they won’t give her the real thing…lol’

Koala gets so excited it runs head-first into a tree