It’s so much hassle dealing with people when you’re trying to sell something you don’t want or don’t need anymore, chances are you’ll just dump it or take it to a charity shop instead.

Take this poor soul who arranged a meeting to sell an old iPhone only for the guy to run off with it without paying.

And then, just to rub salt in the wound, this happened, shared by Redditor jordsimill.

‘Thief steals iPhone at scheduled meetup then messages seller asking for password,’ is how they introduce it.

And here is the exchange in full. 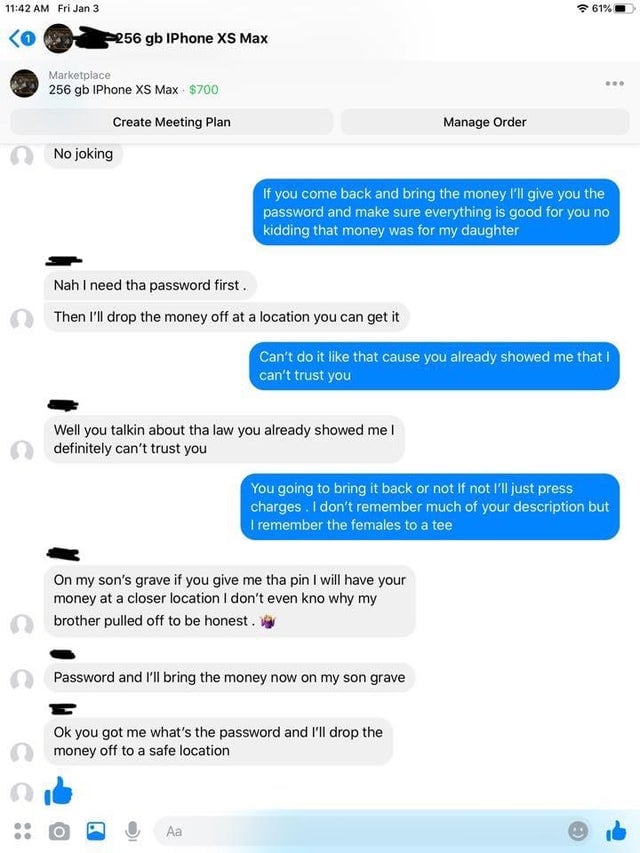 And some of our favourite comments it generated.

montybo2: ‘I just cant fathom why some people are just so shitty.’

alwaysmyfault: ‘LOL at the thief saying they can’t trust the seller.’

Much_Difference: ‘This one’s dumb as rocks, too. Who steals a phone and doesn’t have any plan for step 2?? Just gonna text the seller over and over in hopes he’ll give him the PW?’

thenipooped: ‘We witnessed a very slow person trying to pull a fast one.’