A salutary lesson here for anyone thinking of wearing too tight trousers. Or skipping on their underwear. Because what happened to this chap might just happen to you.

It’s an epic tale of public embarrassment told in a series of messages shared by the poor guy’s dad on Twitter.

‘Omg I thought I was having a day, this just happened to my son at work. I gotta get him on twitter😂 he fucking slays me! Idk where he gets it from,’ wrote @flyaway_k. 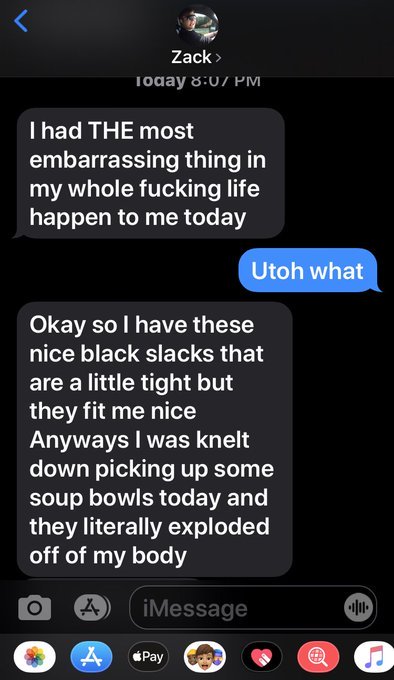 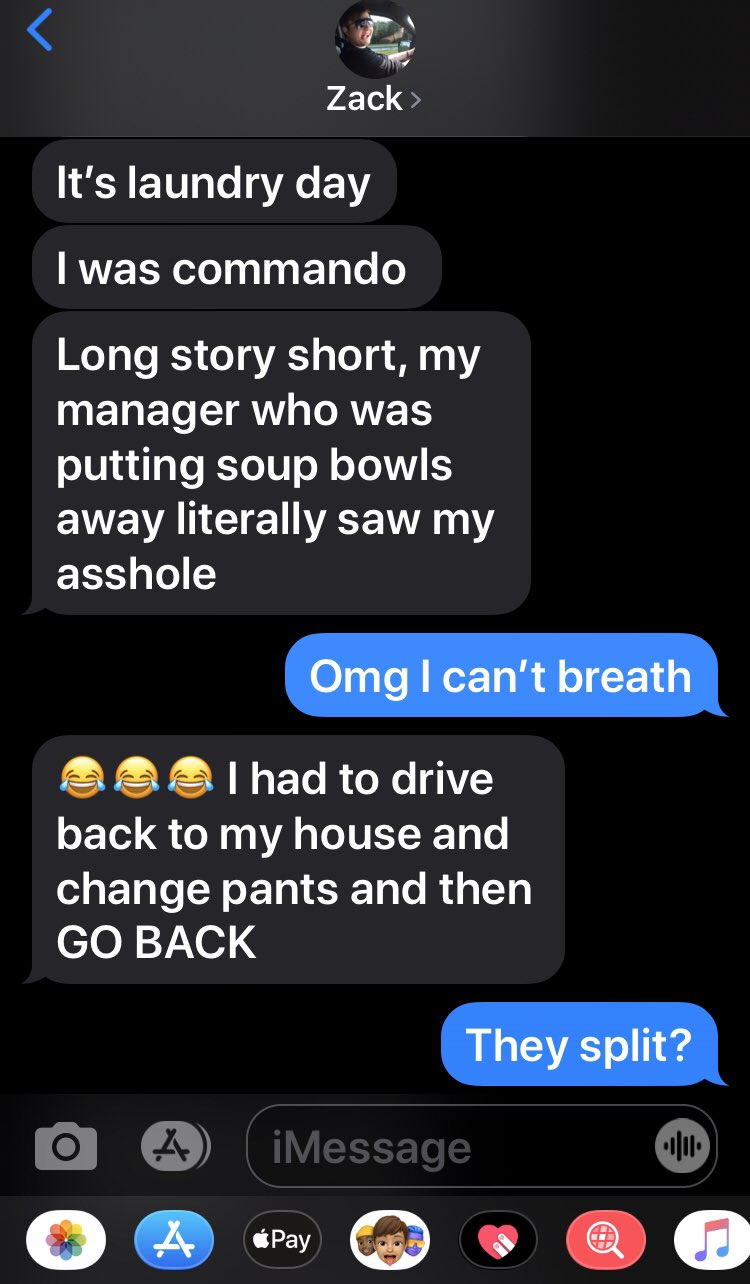 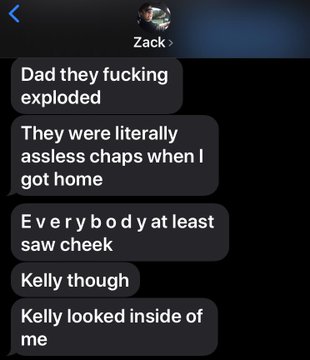 We can’t get it out of our head and we didn’t even see it.

“Kelly looked inside of me”😂

I hope he marries Kelly. 😂🤣

😂it the least he could do